It’s been about 4 years since the Operation Euphrates Shield began. During the Operation, which was the first to be conducted by Turkey against Syria as a belligerent in order to  counter terrorism, the losses of Turkey’s tanks came to light and tank modernizations were urgently needed.

A number of security and defense industry researches underlined the deficiencies of the tanks used by Turkish Armed Forces during the operation and called attention to this matter. At the beginning of the operation, while M60A3 tanks were stepping forward, M60T and Leopard 2A4 tanks were deployed on the frontlines after the losses. With better armoured protection compared to M60A3 tanks, these two tanks suffered from the lack of early warning systems even if they reduced the losses.

In the light of the experiences from the Operation Euphrates Shield, the signatures were appended on May 11, 2017 within the scope of IDEF’2017or the project on Development of Anti-tank Defense Capability of M60T Tanks launched in order to make some of M60T main combat tanks more efficient against modern anti-tank threats and terror elements.

In the Fırat M60T Modernization Project, it took only 20 days for ASELSAN to create the system solution and complete its integration activities, reaping the fruits of its past visionary approach in the past.

After 2005, Leopard 2A4s were procured from Germany as second hand in two packages of 298 and 56 pieces. 15 tanks in the second package are used as spare parts.

Aselsan developed the Leopard 2NG package for Leopard 2A4 tanks and produced the first prototype in 2011. Aselsan Leopard 2 NG was using a ready-made protection package procured from abroad.

However, there has been no development in the project regarding the modernization of Leopard 2A4, conducted by the BMC and without an official signing ceremony, after the first explanations about 2 years. Various negative rumors about the project took place in 2019. No positive or negative official statement was made to refute them. 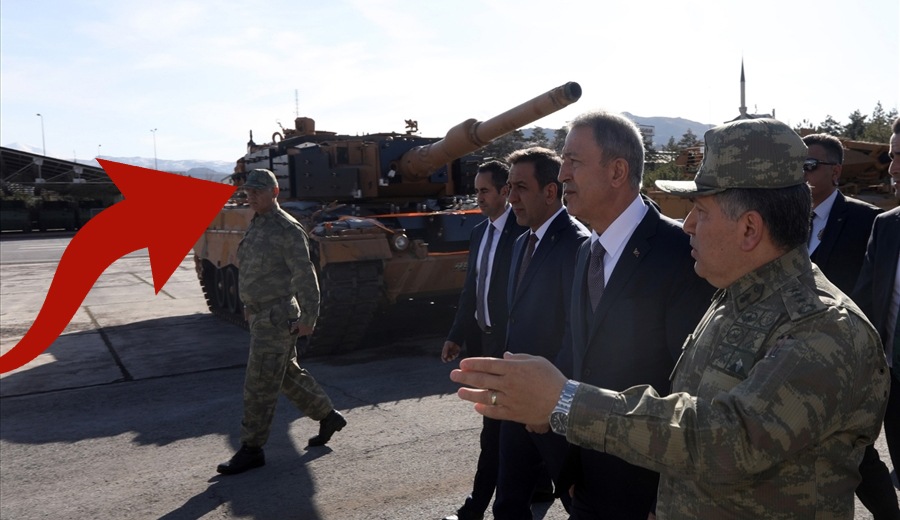 Also in March 2019, there were various photos of Leopard 2, equipped with ERA panels and tested, on social media.

In January 2020, the 2019 assessment held at the Presidency of Defense Industries (SSB) and a press conference on 2020 objectives were held. President of Defense Industries at the meeting. It was a representative from Defence Turk who asked the question regarding tank modernizations to İsmail Demir and received an answer about the continuity of the projects that did not include more details.

It is noteworthy that there is no long-standing progress in this project, especially after  BMC’s RBSS partnership with Rheinmetall and Malaysian Ethical Strategy SDN BHD has allegedly halted.

Finally, in the 2020 brochure of Roketsan, there was an example of an armor placement suitable for the hull of the Leopard 2 (flat turret design version up to A4) among the pictures for the company’s armor solutions. The tank in the image contains armor plates and Explosive Reactive Armor (ERA).

Regarded as an example of the modernization package, it depicts the placement of the Roketsan kits. In the image where only Roketsan products are shown, Aselsan’s systems such as TLUS, ADİS, SARP, YAMGÖZ are not included, whereas SARP UKSS is placed on the plate. It is considered that the armor placement in the image is not the final armor placement, as it is demonstrated in the catalog. The systems expected to be integrated into the tank within the scope of the project are as follows:

It has been about 4 years since the Operation Euphrates Shield  began and about 3 years since the end of the Operation. Aselsan reacted in a short amount off time with its corporate vision and dedicated engineers, and came up with the M60TM tanks. Three modernization projects were being carried out while the article “Looking at TAF’s Steel Fists Tanks and Modernization Projects” in Defence Turk 2 years ago. Despite the time that has passed, unfortunately, there have been no visible changes except the Fırat M60T Project.

B-1s integrate with Ukrainian and Turkish aircraft for first time