It was announced by Ukrainian media that the Ukraine National Space Agency signed a contract to join the ARTEMIS moon program led by the USA. Last August, the agency became a part of the program for the design of the built-in moonbase.

The last manned moon program of the USA, Apollo-17, ended in 1972. In fact, there are some political reasons for the start and end of the program. In 1969, the USA joined the competitive environment created by the USSR’s first manned flight into space after sending an astronaut to the Moon. Whether it is believed that America reached the Moon or not, with the dissolution of the USSR at that time, the USA began to be known as a pioneer in space studies.

Recently, the manned/unmanned moon programs, especially initiated by China, caused the USA to take the lead in this area. Of course, the only parameter here is not the influence of other countries. But since walking on the moon is commensurate with the power from the very beginning, it is quite appropriate that it is the first factor that strikes the eye. If we look at the Moon projects “carried out” by the USA, it is clear that this issue is in constant turmoil. 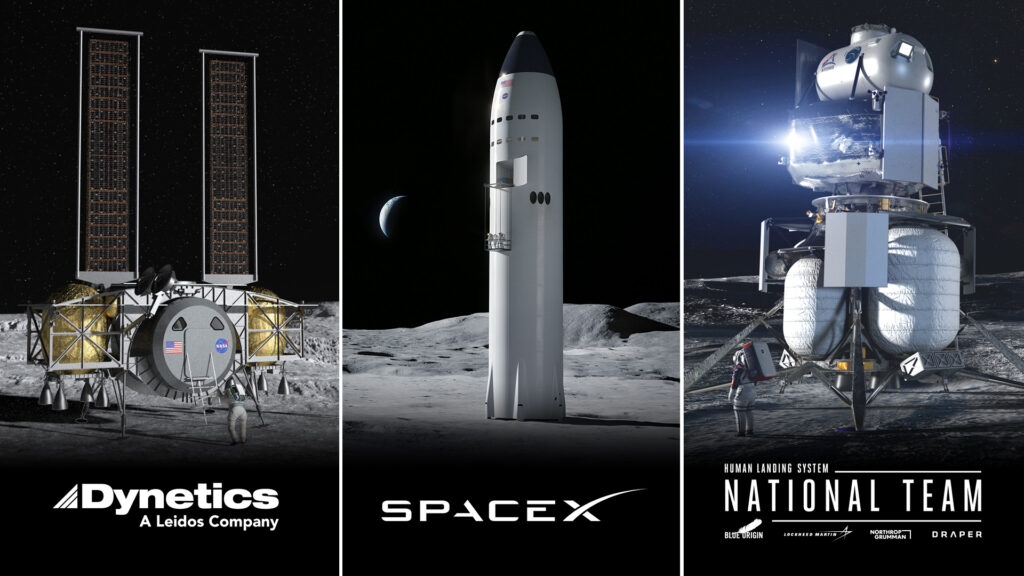 ARTEMIS is a program that aims to speed up and add competence to Mars programs, with the moon being the first target. It is named after Artemis, the sister of Apollo in mythology. As part of the program, 3 male and 1 female astronaut will travel to the moon.

In the ARTEMIS program, it is aimed for astronauts to reach a station to be built in the lunar orbit and from there to land on the lunar surface with modules. In April, the names of 3 companies that will work to develop the vehicle to be used for landing on the Moon were announced.

ARTEMIS Moon program will be a project that will be materialized by a total of 9 countries, including Ukraine. These countries are Australia, Canada, UAE, Italy, Japan, Luxembourg, and England. The main components of the program are ground systems, new and powerful carrier rockets (SLS), spacecraft (Orion) for payloads, gateway, vehicles to land on the Moon, and clothes suitable for the lunar environment.

As there is no magnetic field on the moon to prevent harmful rays and the surface is covered with dust soil that will damage electronic components, there are some hardships for astronauts.

The first manned flight is expected to take place in 2022 and the landing of astronauts on the lunar surface in 2024.