British Defence Ministry signed an agreement with General Atomics to produce the Protector UAVs, which will replace Reaper drones, UCAV/UAV, in the Royal Air Force inventory.

A £65 million (US $80 million) agreement for three Protectors, the British version of the MQ-9B SkyGuardian UCAV was announced by Defence Secretary Ben Wallace during a virtual air power conference held by the RAF on July 15.

Protector will fly further, hit harder and, crucially, be able to fly in places allocated for civilian airspace compared with to Reaper UCAV/UAV vehicles widely used by the British in Afghanistan and the Middle East, recently. 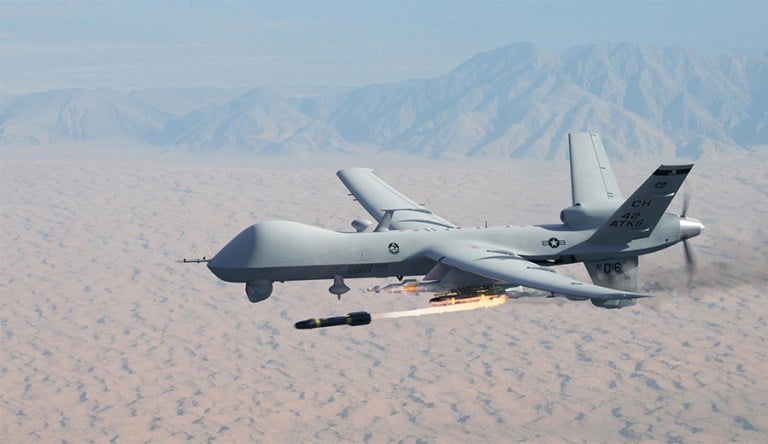 With endurance of up to 40 hours, Protector UAV is expected to enter service in 2024.

Three ground stations and other related support equipment are also included in the agreement that will see the first vehicle delivered to the UK next year. The initial vehicle will remain in the USA for the tests and assessments until 2023, before deployment in its UK base at RAF Waddington, England.

The Protector will be armed with Brimstone missile, produced by MBDA, Paveway IV precision-guided bomb, produced by Raytheon, expanded data links and detection and avoid technology.

The agreement also includes an option to buy 13 more Protectors for the RAF. The agreement, covering the options, is expected to be finalized for April next year. The cost of purchasing the remaining UCAV/UAVs is estimated to be around £180-£230 million. The spokesperson of Defence Ministry denied the claims that dividing the order into two parts was related to the over-stretched budget for this year.

The official also said that consideration was also being given to an additional acquisition of 16 UCAV/UAVs.

Most of people in UK think that facing shortage of cash, the country’s defence ministry will face a possible loss of ability after Covid-19, and that the government has recently shifted its emphasis on defence equipment spending to  more conventional technologies into areas like space, cyber and artificial intelligence. Protector has already been a victim of the defence ministry’s financial pressures.

Chief Executive of Defence Equipment and Support, Sir Simon Bollom said that the organization had “overcome considerable challenges” to keep the program on track.

The vehicle was originally planned to enter service with the Royal Air Force in 2018 but that was then changed as 2021.