by Mustafa Bozay
in Navy and Marine Systems, News
0

Bangladesh Navy give a new contract to Khulna Shipyard for 3 unit Dive Support Vessel that has a modern design due to their operational needs. On the 9th of June 2021, Directorate General Defence Purchase office in Dakka contract signing ceremony has occurred. On the following day, 10th of June 2021 with the participation of Bangladesh Navy and Khulna Shipyard superiors, a steel cutting ceremony happened in Khulna Shipyard. According to Defseca, Emergency Response and Diver Training Vessel designed by AkuaMarinTek  -AMT Istanbul in Turkey. The length of the vessel is 35.73 meters and its width is 8 meters.

It’s the first time a shipyard that belongs to Bangladesh Navy building a Turkish design vessel. This new process takes the place of various kinds of different projects that Bangladesh and Turkey jointly commit to modernize the Bangladesh Armed Forces and increase its capabilities.

Proposed by DESAN to Bangladesh Navy, Emergency Response and Diver Training Vessel have designed by AMT- Istanbul. Thus DESAN has participated in this export success. 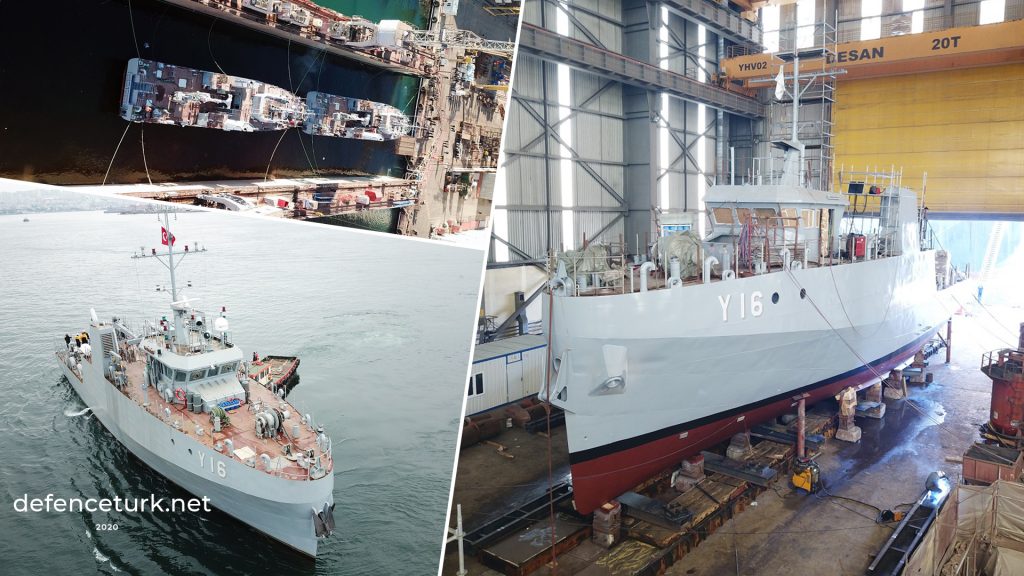 With possible accident occurrences, rescue diving and emergency response operation support capabilities those vessels can help detection of stranded and sunk ships. The capability of responding to all of those situations also supports the deployment of an underwater repair squad. 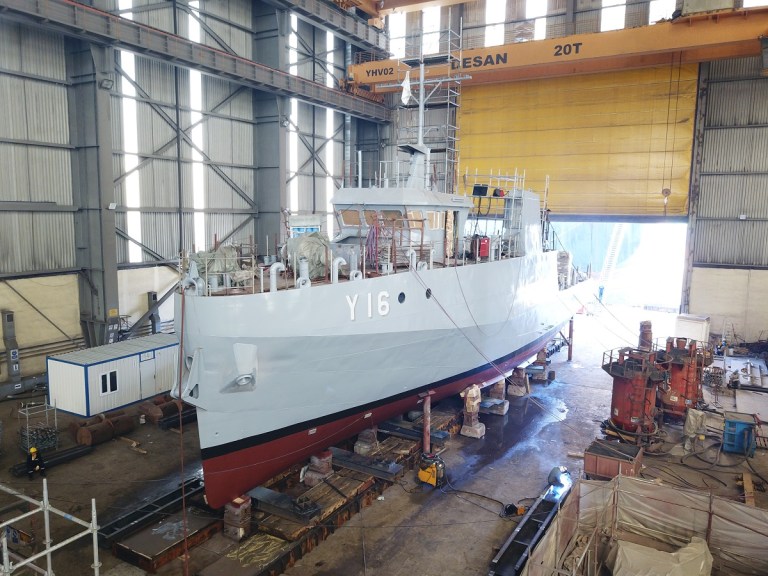 Under Service of Turkish Navy

The first steel cutting has occurred in October 2018 at DESAN Shipyard Emergency Response and Diver Training Vessel has been delivered 3 months earlier than expected in August 2020. With a 71% domestic production ratio became the first of a kind in its field. Projects all of the software and programs have been developed by Turkish engineers. One of the biggest shipyards in Tuzla territory DESAN lead the project and in this project shaft and CU4 military standardized propeller produced 100% domestically. In addition to this first time, this kind of shaft and propeller certificated by Turkish Lloyd.

Minister Akar: “Our Land Forces; It makes a great contribution to regional and global peace and stability in many geographies as well.”