Turkish Armed Forces will not have combat missions in Afghanistan

The Turkish Armed Forces will not have a combat mission in Afghanistan, and will not engage in any operational missions other than self-defence.

The Ministry of National Defence has issued a press release on the activities of the Turkish Armed Forces. In the declaration, statements were made on many subjects such as Afghanistan, Operations, Exercises and Education. Following the decision of the armed forces of NATO member countries to withdraw from Afghanistan, the safe operation of the Kabul Hamid Karzai International Airport, which is known to be extremely critical for Afghanistan and has been carried out by the Turkish Armed Forces for 6 years, continues.

While the consultancy and training activities that have been carried out for 20 years within the scope of NATO mission and bilateral agreements have come to an end, negotiations with the authorities of other countries and Afghanistan continue regarding the continuation of the task only for the operation of the airport. If the necessary conditions are met, the task that is currently being performed will continue to be fulfilled. If the duty continues, the elements of the Turkish Armed Forces will not have a combat mission in Afghanistan, and they will not be engaged in any operational duty other than self-defence.

Despite the epidemic that has affected the whole world, the Turkish Armed Forces continue to strengthen its power and contribute to the support of regional and global peace with its operations, exercises and training activities, as well as other national, international and NATO missions.

Within the scope of cooperation with allies; As part of the NATO Enhanced Air Policing mission, the Air Force Command elements were transferred to Malbork Air Base in Poland as of July 06-08, 2021 and started to serve. NATO Enhanced Air Policing aims to strengthen defence, provide reassurance to its citizens, and deter potential aggression on the territory, airspace or surrounding of NATO allies in Central and Eastern Europe.

A Memorandum of Understanding on the establishment of a NATO Flight Training Center was signed with 10 Allied countries; Turkey, Belgium, Czechia, Greece, Hungary, Italy, Montenegro, North Macedonia, Romania and Spain. 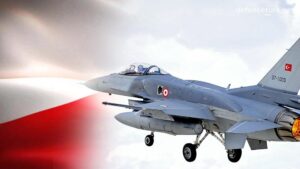 Agile Spirit Exercise is held in Senaki/Georgia between 23 July and 04 August 2021. Turkey participated in the exercise, which was carried out in order to prepare the country’s elements for the multinational operation and to improve the training, cooperation and interoperability of the multinational union in accordance with NATO principles.

Caucasian Eagle Combined Special Forces Exercise will be held in Ankara between 02-08 August 2021. In the exercise, Turkey, Georgia, Nakhchivan, Azerbaijan actively; Ukraine will participate as an observer. The purpose of the exercise is to develop cooperation and coordination between the Special Forces of friendly and brotherly countries and to share knowledge and experience with each other.

Dynamic Front 2021 Exercise Second Phase will be held under the coordination of the US European Land Command, with the participation of the Turkish (200 personnel and 80 vehicles), US (260 personnel and 100 vehicles) and Spanish Armed Forces (81 personnel and 20 vehicles), hosted by Turkey between 05-20 September 2021, at the Nahit Şenoğul Shooting and Exercise Area/Polatlı. The purpose of the exercise is to prepare the artillery elements of the participating countries for multinational operations and to improve the training, cooperation and interoperability of the multinational unit.