Turkish Armed Forces deployed air defense systems to the Watiya airbase, which was captured by  by the GNA forces in May 2020

Turkey and the United Nations (UN)-recognized legitimate Government of National Accord (GNA) fullfill their promises to achieve successful relationships and take steps forward ensuring stability in Libya. Some images extracted from open sources are interpreted as an evidence of increasingly deepening relationships. The latest images include a convoy, which was said to be moving towards the Watiya Air Base cleared by the GNA forces in May 2020 from the putschist Haftar forces. In the convoy, there were air defense systems sent by the TAF to Libya and planned to be deployed to the Watiya air base.

According to the regional sources, the military cooperation between Ankara and Tripoli is elevated to a higher level. It has been stated that there are some ongoing search-surveillance activities against trapping Watiya airbase, whose infrastructure was repaired, will be made available to Turkey. In addition, it was also reported that there are some plans to deploy the Turkish national UAV systems and the air defense systems that were helpful in conducting the Libyan operation to al-Watiya airbase and that Turkish Armed Forces intended to convert the Port of Misrata into a naval base for permanent deployment.

Several domestic and foreign sources stated that Turkey would relocate its troops to al-Watiya base and deploy  F-16 fighter planes. Constructed by the USA in World War II, Watiya Air Base is critical in size and location.

With Russia’s de facto settlement in the region, Libya is dragged into a new stalemate. The retreat of the forces of Haftar, which began with the fall of Watya, ceased. Some rumors about peace talks were voiced in the region. However, intense armament, especially the deployment of warplanes, indicates that tension will be escalated.

In this context, deliveries to Libya are perceived as an indication that Turkey will be arriving on the scene more than ever, with the primary reason being the security of Tripoli and forces in the region as, and that Turkey will be more involved in fire support.

Convoy Reported to Arrive in Watiya

In the photos of the convoy the MPQ-64 Sentinel 3D air defense radar used in the MIM-23B Hawk air defense missile system can be seen. Open sources state that the convoy has arrived the Watiya airbase.

The system, which has been in the Turkish Armed Forces inventory for many years, is a medium altitude air defense system with a maximum range of 40 km and an effective range of 18 km. There are 3 missiles in the missile launcher of the system. The system includes AN / MPQ-64 Sentinel 3D Radar and AN / MPQ-61 HPI Lighting Radar.

The supply of MIM-23 Hawk system, which the U.S. decided to remove from the inventory, was provided after an agreement signed in 2001 at a cost of $ 270 million. in; The system was modernized in 2005 with 8 firing units, 24 missile batteries, 175 MIM-23B Hawk missiles, 8 MPQ-64 Sentinel 3D air defense radar, and was delivered to the Turkish Air Forces under the name of TURK HAWK XXI.

In January 2020, the Korkut system was deployed to the region in order to meet the low altitude air defense requirement of the strategic points of the capital Tripoli after the draft of deploying troops to Libya was adopted in the Turkish Grand National Assembly. Based on the images shared on January 17, 2020, there were rumors about the deployment of the Korkut air defense system in Libya. Indeed, the satellite images of the region prove that Korkut has been deployed. 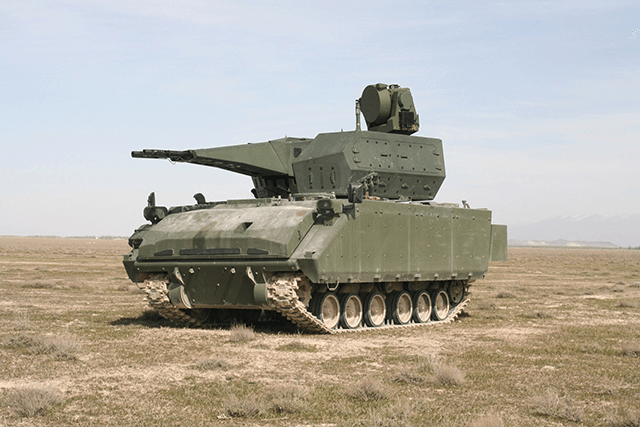