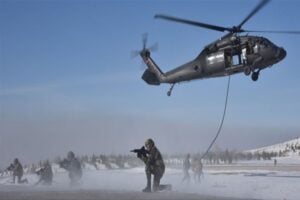 Türkish and Tunisian Special Forces exercises are realized exercises in Ankara from 17 to 25 January.

The Ministry of National Defense announced a joint military exercise between Turkish and Tunisian Special Forces between 17 and 27 January. The Ministry of National Defense shared the exercise on Twitter, Turkey and Tunisia Special Forces between the friendship and interoperability to increase, cooperation and coordination to improve, knowledge and experience to share the exercise were held in Ankara on January 17-25. 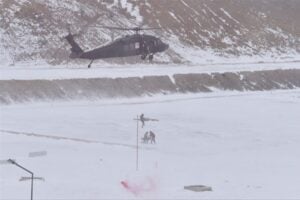 The military exercises were attended Special Forces teams from the two countries, is also the first exercise between Turkey and Tunisia. The Ministry of National Defense said on its website that sanitary intervention, combat in residential areas, helicopter landing and various shooting training were carried out in the exercise in question.

In addition, in the last phase of the exercise, a distinguished observer day was held with the participation of military officials of the two countries. The ministry emphasized that the military drill was conducted for the first time between Turkish and Tunisian Special Forces, is planned to continue in the coming years. 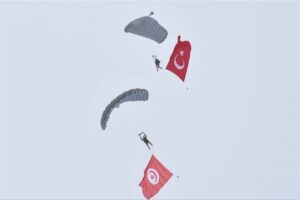 On 24 December 2020, T.C. President Of The Presidential Defense Industry Prof. Dr. Ismail Demir announced on his Twitter account that Turkish defense industry companies had signed up to export $ 150 million to Tunisia.

Prof. Dr. Ismail Demir also announced that TUSAŞ’s ANKA-s unmanned aerial vehicles, BMC’s Hedgehog and Nurol Makina’s Ejder Yalçın armoured vehicles, Katmerciler tank carriers and tankers, as well as ASELSAN electro-optical systems, would be in the service of the Tunisian security forces. The Defense Industry Directorate did not disclose which systems and how many units were sold. However, in recent months, Tunisia has received 3 ANKA-s UAVs and 3 ground control stations. In addition, work is underway to export ANKA UAV to various Asian countries.