The Turkish Defense Ministry has released an announcement on the country’s fight against terrorism, border security and operations in Northern Syria.

‘75 terrorists neutralized as part of fight against terrorism’

The ministry stated the following on the fight against terrorism:

“In order to provide security to our nation, the Turkish Armed Forces resolutely continues its struggle against terrorist organizations, including the PKK/KCK/PYD-YPG,FETO and DEASH, at home and abroad. As part of the struggle, a total of 45 operations— 9 large and 36 medium-sized — were carried out domestically and beyond our borders, leading to 75 terrorists being neutralized over last month.”

At the same time, the Defense Ministry announced that they had seized

In the statements made by the TDM, the following statements were made under the heading “security border and border measures”:

“7,233 people, who attempted to cross the border illegally, were arrested, and 34,898 people were pushed back without crossing the border. A total of 34 terrorist organization members, including 17 FETÖ terror suspects, were caught.

Stated that 14 of 34 terrorist are PKK/PYD-YPG organization members, 3 of them are Tahrir al-Sham (HTS), and 17 of them are member of FETÖ.

The ministry also stated that PKK/YPG terrorists, who attempted to infiltrate its cross-border anti-terror operation zone to disrupt peace and security, had been neutralized by Turkish commandos. The statement read:

“Our heroic commandos have prevented another infiltration attempt and neutralized YPG/PKK terrorists, who attempted to infiltrate its cross-border anti-terror operation zone to disrupt peace and security. In this context, 177 terrorists, including 29 members of Daesh, were neutralized.

In order to normalize life, infrastructure and daily life support activities continue in coordination with the other public institutions and organizations in the territory, which liberated from terrorists, still has mines/improvised explosive device.

Turkey as a guarantor country, ensures the maintenance of the ceasefire agreement on the scope of fulfilling all of the responsibilities incumbent upon the purpose in Idlib. All necessary measures are taken for the security of our troops.

As a result of our operations, tension has decreased greatly, and approximately 450,000 people of Idlib have returned to their homes. We will make sure that every effort to ensure that returns continue in the coming days.” 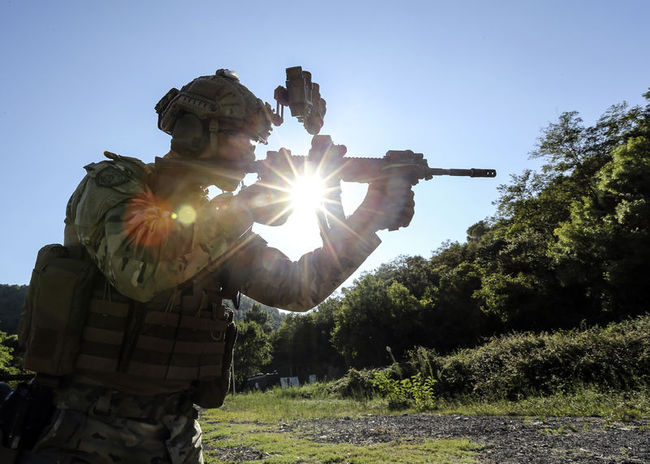