Turkish Defense Minister Hulusi Akar attended a swearing-in ceremony for Maroon Berets. Speaking at the ceremony, Akar said the fight against terrorism domestically and cross-border with the operations. Akar said: 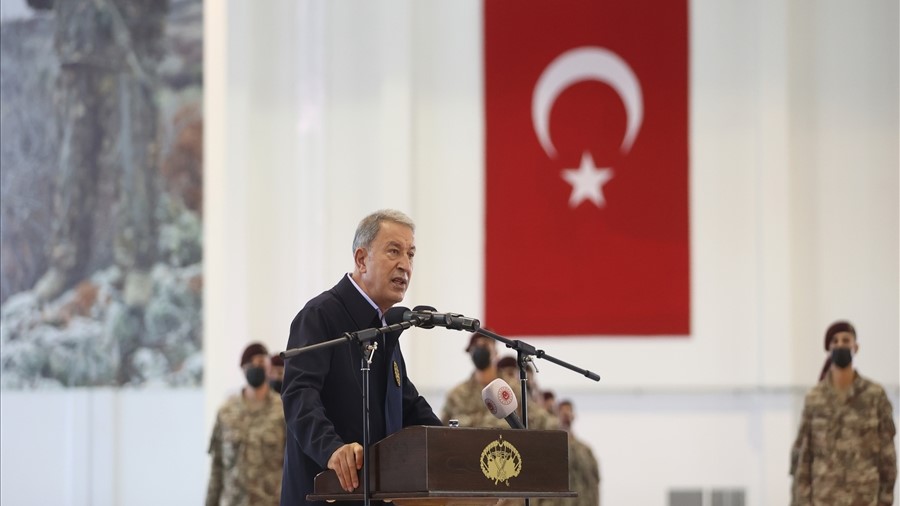 “18,313 terrorists have been neutralised since July 24, 2015. 1,631 terrorists have been neutralised  in northern Iraq and Syria since January 1. It’s a big fight that’s going on. We are bound and determined to fight against terrorism. With God willing, we will save our noble nation from the scourge of terrorism by being together. This will be over. Wherever there are terrorists, that is our target. Everyone should know that we will follow terrorists wherever they run, and that this struggle will continue until the last terrorist is neutralised. Turkey respects all of its neighbours borders, sovereign rights and laws, including those of Iraq. We don’t have eyes on anyone’s land. Our target is only and only terrorists.”

The minister underlying that Turkey will continue to stand by its Libyan and Azerbaijani brothers in their just causes. Minister Akar said:

“We are not “foreign soldiers” in Libya. We keep going our activities there at the invitation of the government. We try to establish a military, education cooperation and consultancy there. It’s exactly the same as what other countries do in various missions. But they insist on not understanding it, just because “we are”, and they try their best to slander it. They are of no value whatsoever. We will continue to stand by its Libyan brothers and support them. Libya belongs to the Libyans, we support it.” 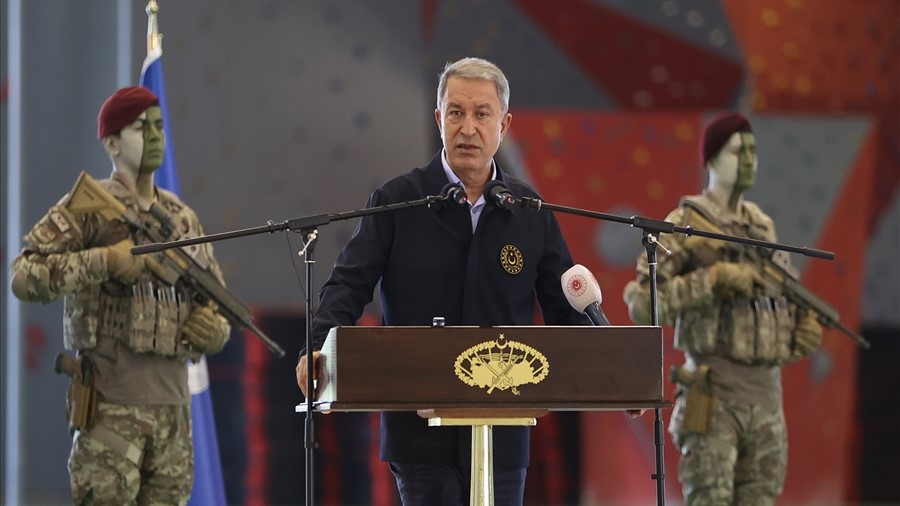 Regarding the wildfires in Turkey, Akar said that the TSK has provided resources and personnel to help put out wildfires that broke out in several parts of the country.

Four drones, five landing ships, one patrol boat, four helicopters, more than 50 firefighter trucks, sprinklers and over 600 personnel were provided by the TSK, he added.