Turkish President Recep Tayyip Erdoğan said: “Fatih discovered 320 billion cubic meters of gas reserves in the drilling that started at the Tuna-1 well. The reserve that was discovered in the first well, is part of a richer well. Our goal is to make the use of gas available to our people in 2023. We expect such a good news in the Mediterranean.”

Turkey’s drilling ship, the Fatih, sailed through the Bosphorus towards the Black Sea on May 29, 2020. The ship started the first drilling duty on July 20, 2020. President Erdoğan announced that the discovery of the natural gas on August 21, 2020. Turkish Energy Minister Fatih Dönmez said: “We expect to find a discovery in the first 10 drillings. This is our ninth drillings and we discovered it. We are 3, 500m below sea level. We discovered two important reserves. We encountered the gas in this 500-meter reserve. Tests were carried out continuously. We will go down a further 1,000 meters more.”

The Fatih, as previously named Deepsea Metro II, is an ultra-deep water drilling ship that is the owned and operated by Turkey Petroleum joint stock partnership. The overall height of  the ship that was built in 2011 in South Korea, is 229,19 meters. It can drill at a depth of 12,129m (40,000ft) in the seas. The Fatih that has the ability to drill deeper the Mariana Trench which is the deepest hole in the world, even under very high pressure, is almost as tall as Eiffel Tower. The height of Fatih’s 64-meter-high drilling rig is close to the 67-meter-high Galata Tower. Fatih’s two towers have a total load-lifting capacity of 1750 tons. It is a 6th generation drilling ship. During the modernisation process, Fatih was renewed in terms of all the necessary technical equipment, including drilling equipment, well control systems, dynamic positioning systems, ship thrusters and ship generators, and became one of the top 5 ships in the world with such high technology. 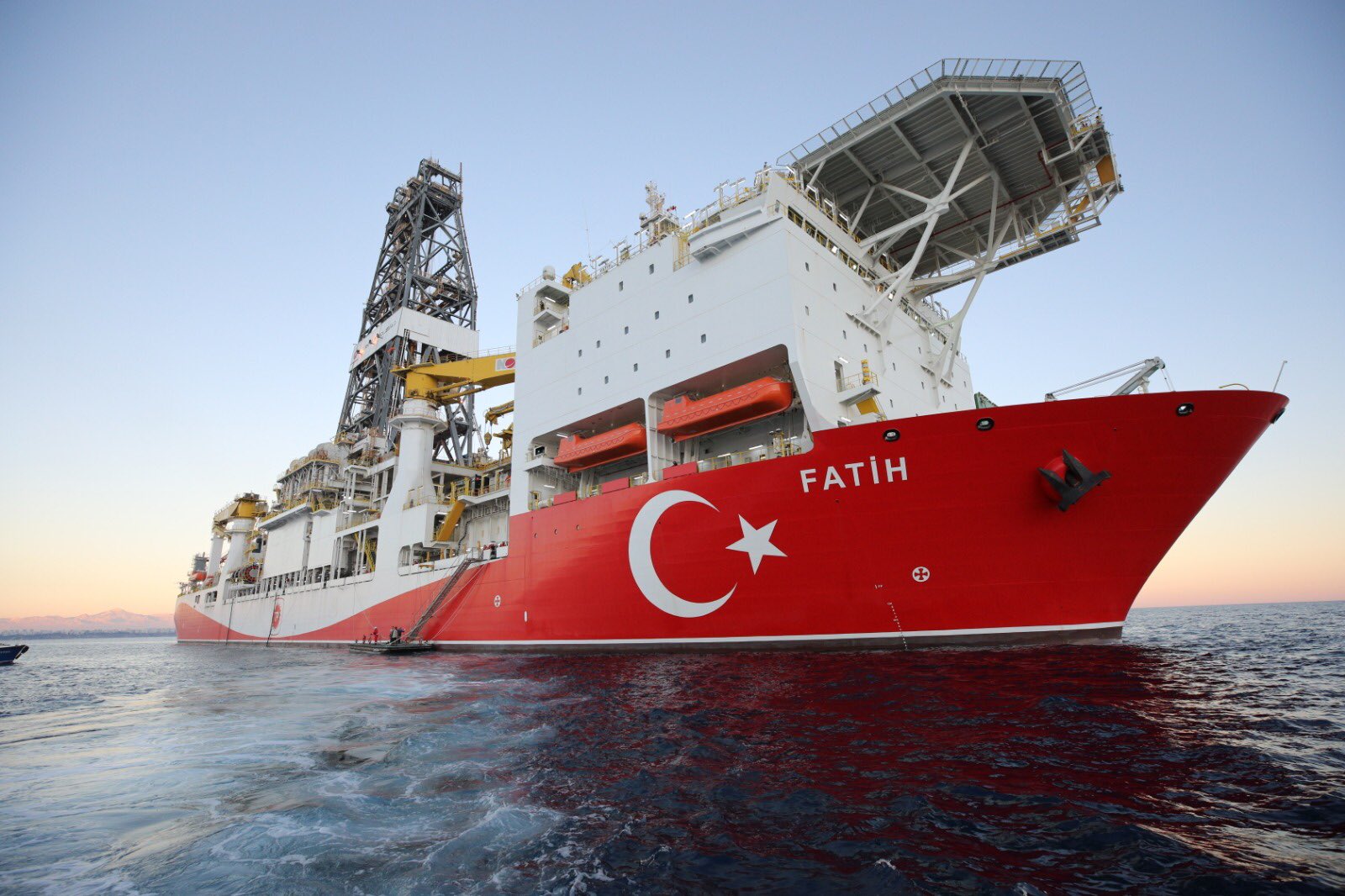 It can drill and at the same time can drill faster than other drilling ships. 210 staff can work comfortably on that giant ship. It was sold to Chalfont Shipping in March 2016 for $210 million. The ship that carried Bermuda flag and was purchased in 2017 by Norway-based Odfjell Drilling, became the Turkey’s first drilling ship. The Fatih that has a ability to continue its operations even at a wavelength of 6 meters in height due to active positioning system, is a drilling ship that proved itself by working under the most difficult operating conditions with its high-level technological features. The ship whose name was converted to Fatih in May 2018, started to serve in Mediterranean. It was announced that it had carried out drilling operations in the Black Sea since June 2020. The frigates of the Turkish Naval Forces accompany the Fatih ship for its safety in case of any harassment or attack.