Turkey and Latvia signs a Memorandum of Understanding on Defense Industry

Hulusi Akar ,Minister of National Defence , met with Latvian Deputy Prime Minister and Minister of Defense Artis Pabriks. Minister Akar welcomed the guest Minister Pabriks with a military ceremony at the Ministry of National Defense. The two Ministers first met in private and then chaired the meeting between delegations.

On the statement made after the meeting, Minister Pabriks said that,

“In order to show the importance we attach to our relations, I would like to share with you my decision to establish a military attaché in Ankara. This will increase the cooperation between the two countries and strengthen our cooperation. Our Military Attaché is here with me right now, he will start his duty soon.”. 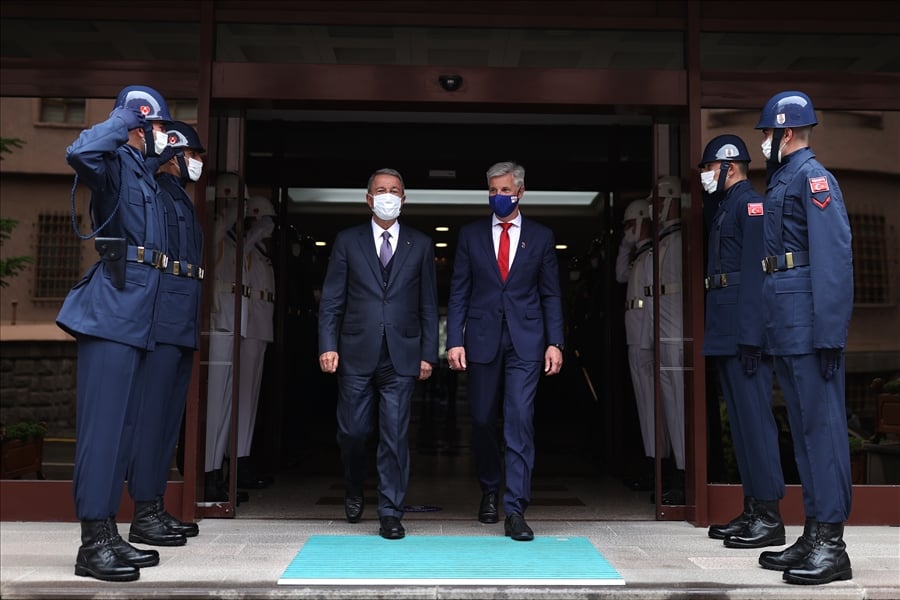 After the meeting, Hulusi Akar, stated that they discussed defense and security issues as well as bilateral relations. Minister Akar,

“I believe that our conversations, which were held in a very positive and constructive environment, will make significant contributions to our countries and our armed forces in terms of security and defense in the further periods. We also had the opportunity to discuss what we can do in the coming period on defense and security issues, especially on military, education and cooperation issues. “ he said.

In addition, Hulusi Akar is mentioned,

“We have fulfilled the tasks given to us completely and without any problems. As the second largest army in NATO, we feel comfortable and confident in performing our duties. In addition to the personnel contributions we have made, we have fulfilled our duties within NATO in the exercises, and we continue to do so.”  as well. 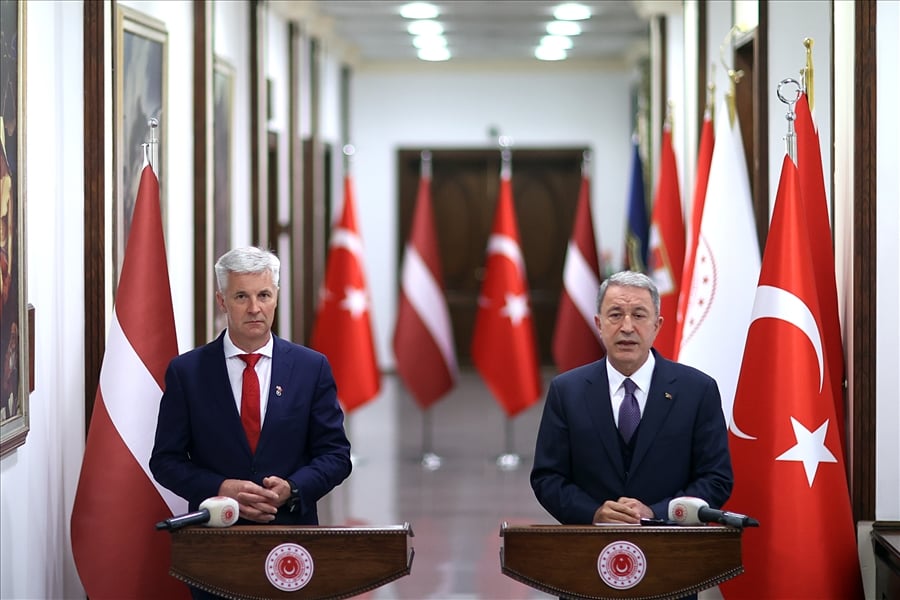 “I think there are many opportunities to improve relations between Turkey and Latvia. I can say that I am here especially in the political, military, industrial fields and in terms of friendship in order to develop and advance our strategic partnership. During our bilateral meetings, we also touched on other issues. We also discussed security issues regarding Ukraine, Azerbaijan and Georgia. Turkey is a NATO border country just like Latvia, therefore we face similar difficulties.”

Noting that Latvia has taken important steps in the field of defense industry, Pabriks said,

“In this sense, we care about cooperating with Turkey because we know that, Turkey has taken very important steps in this field. I would like to share my opinion about the EU with you: I believe that Turkey is a very good candidate country for the EU. This is my personal opinion and I know I won’t change it.”