Turkey and Gambia signs a Military Cooperation and Training Agreement 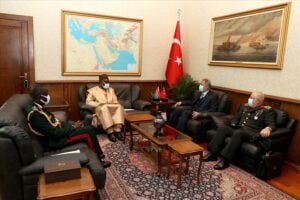 During the meetings, where views were exchanged on bilateral and regional security and defence issues and cooperation opportunities in the defence industry within the framework of Africa, Minister of National Defence Akar stated that Gambia is the friendly and brother country. In addition, by Minister Akar, the importance of training and development of military cooperation between Turkey and Gambia was emphasized. 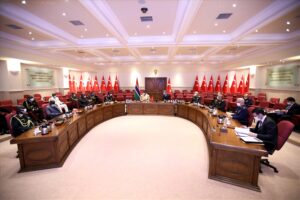 After the meetings, the Military Cooperation and Training Agreement, which was renewed between the two countries, was signed by the Minister of National Defence Akar and the Minister of Defence of Gambia, Faye. 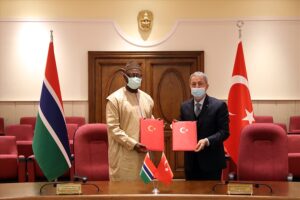 Military Relations of Turkey and Gambia

ASELSAN announced on May 1, 2019 that it exported night vision glasses to the Gambian army. Night Vision Devices were delivered to the Gambia Armed Forces at a ceremony held at the #IDEF2019 Fair. Gambia Chief of Staff Lieutenant General Masanneh Kinteh expressed his satisfaction with the night vision binoculars manufactured by ASELSAN.

On January 18, 2019 Turkey had made a donation of 1.4 million dollars to the Gambia Army. Gambia Chief of Defence General Masanneh Kinteh stated that the aid was in the form of steel vests, military clothing and some equipment.