Hulusi Akar: “Turkish security forces have neutralized 17,027 terrorists since 24 July 2015 Since the beginning of 2020, 1,900 terrorists have been neutralized.”

Speaking at the ceremony, Minister Akar highlighted that throughout the history Turkey had been exposed to many threats and dangers. He stressed that Turkey’s geography, which has an important strategic and high potential in every aspect, was the target of threats and dangers. 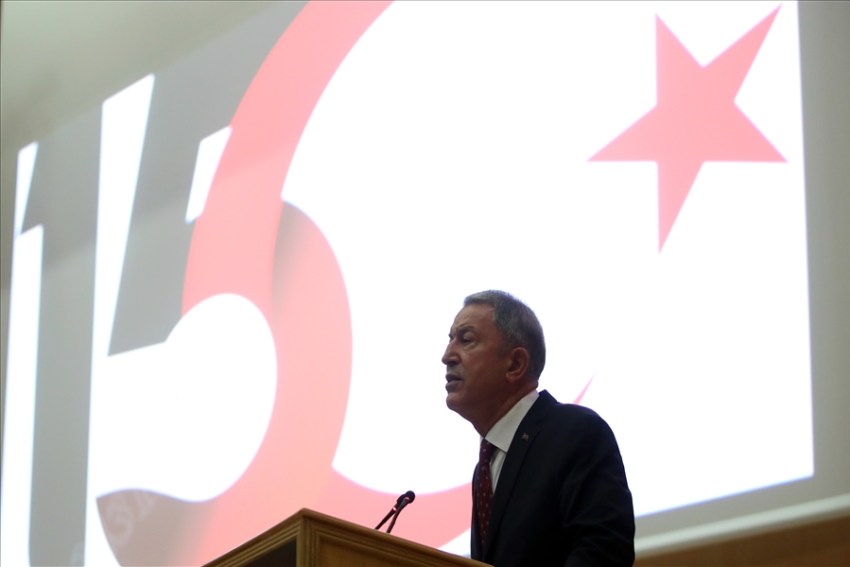 Minister Akar said: “I would like to proudly state that the Euphrates Shield, Olive Branch, Peace Spring, Spring Shield and Claw operations and the successes achieved in the increasing number of large operations are the clearest indication that we become stronger as we clear  FETÖ of our country. Within the scope of the fight against FETÖ, 20,077 people have been exported since 15 July.”

“The TAF (Turkish Armed Forces) will look under every stone, enter every cave and neutralize these terrorists wherever they are hiding”

The minister said that Turkey entered the places called “unreachable”, reached the places called “unreachable”, and destroyed the terrorist corridor desired to be created in the southern borders with the operations carried out by the Hero Turkish army after July 15 and secured the security of the noble Turkish nation and the borders. Minister Akar also said: “Our operations continue and will continue with the same precision and accelerating speed. We are determined to end of the trouble with terror. The TAF will look under every stone, enter every cave and neutralize these terrorists where they are hiding. No one should doubt that. Turkish security forces have neutralized 17,027 terrorists since 24 July 2015, since the beginning of 2020, 1,900 terrorists have been neutralized.”

National Defense Minister Hulusi Akar stressed that in addition to the fight against terrorism, they continue their struggle to protect the rights, interests and interests of the noble nation in the blue homeland (mavi vatan) and the skies, including Cyprus.

The minister also said: “In that case, our activities in East Mediterranean Sea will continue in accordance with international law and bilateral agreements. The TAF is in Libya with the official invitation of the National Consensus Government, the only legitimate government in Libya recognized by the United Nations, and with the approval of the Turkish Grand National Assembly. The TAF staff successfully carry out their training and consultancy activities here and will continue to carry out. Our aim in Libya is to ensure the peace and stability in Libya as soon as possible, with the understanding of ‘Libya belongs to the Libyans’, and the Libyan people with whom we have historical brotherhood ties deserve.”