In the works conducted under the aegis of the inventor Muhammet Emin ÇAĞLAR, a fabric with a thickness of 1 mm and providing 97% protection against X radiation up to 150 kV was produced. The development of the product started in 2013 and became official in 2019, and Turing Chemical Industry Inc. was established. Research and development of the product were underway at Istanbul Technical University (ITU). According to the Turkish Atomic Energy Agency (TAEA) report, the fabric proves anti-radiation up to 97%.

Inventor Muhammet Emin ÇAĞLAR said, “We produced radiation fabric and provide 97% protection against 150 kV X-rays. Our product, which has received the approval of the Turkish Atomic Energy Agency (TAEA) report, also does not contain lead. In this study, we rank first in Turkey are among the first three companies in the world.” He also added,“ Research is being carried out, especially in areas such as the health and defence industry. Special products were produced in the specified sectors.” 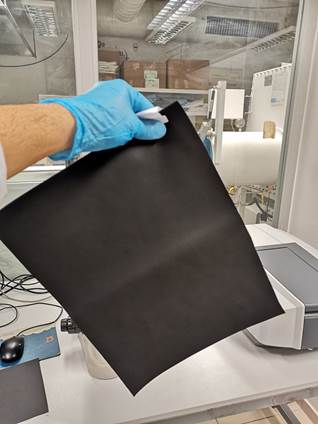 Lead-based products are used all over the world for Radiation Protection. As lead-containing products threaten human health, most countries block usage of them.  More particularly, the European Union (EU) countries step forward to solve this problem and bring a halt to using lead which is harmful to health in various ways. For the medically ready product, Turing Chemical Industry Inc. announced the features of the product in terms of the market.

“Our product is ready for use as a hard and flexible shield. It is an indigenous, healthy, light and incomparably advantageous product that will quickly replace imported, heavy and highly dangerous lead sheets in the field of medicine. Considering that our annual lead plate import is 40 million dollars each year and this market is 1.1 billion dollars worldwide, we can define the value of our invention as it is. “ 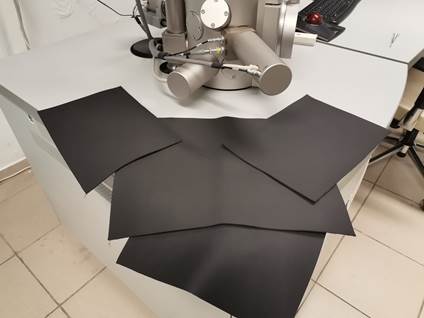 Last year, drawing attention to the nuclear danger that may occur in the world due to the conflict environment and climate problems originating from nuclear weapons and facilities, the company stressed that the product was a need for our country and for the world. Turing Chemical Inc. also announced,

“In addition to its effects on health and economy, our country will have strategic leverage against nuclear energy in the defense industry. Even in the Corona period between Azerbaijan-Armenia, India-China, there were many nuclear threats. Even fires that erupted nearby the nuclear power plant in Russia carry the risk of an urgent need for these issues in the coming period. “