Regarding Hakan Çelik’s question of “When will the National Combat Aircraft be able to be delivered? When do you think the realistic date for this is?” Pointing out the year 2025 as the target for the first flight, İsmail Demir said “We have given the roll-out time as 2023. We are trying to postpone the date for our first flight to 2025. From now on, as you know, a lot of tests are required to deliver the plane safely. This means an additional 4-5 years.  Those who are close to the subject know well how long the development process of the F-35 and F-22 took and when it entered the inventory.” 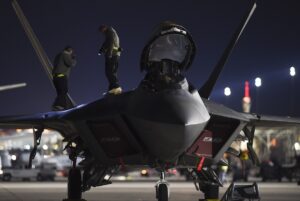 And regarding Hakan Çelik’s question, which is about the engine of the National Combat Aircraft, which is “Will the engine of British Roll Royce be able to be used in Turkey’s combat aircraft?”, İsmail Demir said that he focused on three options and answered the question with these statement:

Rolls Royce had proposed to develop an engine for this aircraft in a certain partnership. They had some conditions that we could not accept. We negotiated them for a long time. We think we are in agreement at the moment. There are some numerical issues. So it is up to them now. We will see all the parameters in front of us and decide.  We are also interested in the engines available in the world to make the first flight and exit from the hangar. You have to think multidimensionally.  In addition, we continue our efforts to develop our own national engine.  In summary, we look at three options:

2- Using an existing engine in the world, but none of them are at the performance we expect.

3- To move forward with our own engine. We attach great importance to the domestic motor project in order to reduce foreign dependency. 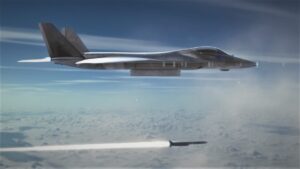 Britain’s ambassador of Turkey Chilcott: “We were expecting Rolls-Royce to design a new engine

Britain’s ambassador of Turkey Dominick Chilcott evalatuated where the National Combat Aircraft project stands now in the program on TRT World in December 2020. Speaking at the program, Chilcott emphasized that BAE Systems, the main partner of TAI’s (TAI) NCA project, was extremely pleased with the progress of the project, stating that the first phase, which is the first design phase, was ahead of the program.

Ambassador Chilcott stated that the MMU project is still continuing despite the problems of who will design the engine of the 5th generation fighter jet, and said, “We were hoping that Rolls-Royce would design a new engine to reach its full potential as a fifth generation fighter jet. However, no final decision has yet been made as to who will design the engine.” had included his statements. Stating that the second phase of the NCA project is prototype production, Chilcott said, “The second stage is the production of a prototype. I think this phase will probably start at the end of 2021 or early 2022.” 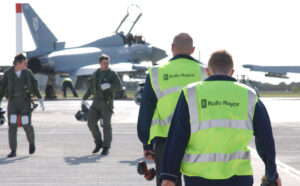 “NCA will be positioned between F35 and Air-Air focused F22”

TAI General Manager Temel Kotil mentioned some of the capabilities NCA will have in Habertürk’s Teke Tek Bilim program. He added that the NCA, which can hide itself from the radar due to its shape and structure, will benefit from radar-absorbing materials, including its canopy. As a class, he stated that it would be positioned between the bomber focused F-35 and Air-Air focused F-22.

He also underlined that the NCA will have supercruise capability at Mach 1.4. It is the ability of a supercruise aircraft to cruise above the speed of sound without using an afterburner and is generally referred to as 5th generation fighter jets. He added that this capability would be provided with 2 axle motors providing 30000 lb thrust. He pointed out that the targeted unit cost for the National Combat Aircraft was 100 million dollars and that 24 aircraft would be produced per month. 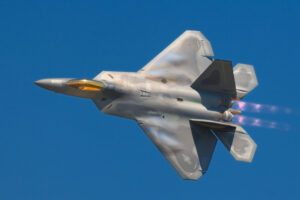