by Salih Kıvrak
in Communication Systems
0

TASMUS, Tactical Area Communications System, is a network centric communication infrastructure that enables obtaining a common picture of the battlefield in near-real time and sharing data among battlefield systems.

TASMUS forms a survivable, flexible, secure and mobile network to address all the present and future communication requirements of the commanders in the tactical field.

Several command & control functions such as air defense, fire support, maneuver control, intelligence, electronic warfare and logistic support need to be executed simultaneously on the battlefield through rapid and reliable exchange of information. TASMUS infrastructure provides the necessary communication support to all these tactical applications.

TASMUS is deployed in the center of military operations such that seamless communication between the army and battalion/company level is achieved. It also provides interfaces to the strategic telecom and data networks.

The tactical battlefield has now become a ground for extensive digital data exchange where many sensors, weapons and command centers need to exchange a large amount of data promptly. Moreover, these units have to communicate with each other while on the move because the military doctrines now heavily emphasize on mobility and flexibility. TASMUS provides this flexible communication infrastructure and delivers secure communication services including voice (clear/encrypted), encrypted IP data, video teleconference, file transfer and fax. System is built with several Electronic Counter Measures such as LPI/LPD, COMSEC (with end-to-end encryption) and TRANSEC. The new generation of Tactical Area Communication System (TASMUS-II), supports full IP based communications. Network nodes are connected by state-of-the art ASELSAN GRC-5220 Tactical IP Radio Links. GRC-5220 is an OFDM based, frequency-hopping radio that can support over 200 Mbps Ethernet throughput (100 Mbps full-duplex) using MIMO technology. Furthermore, it supports long-range connectivity at distances beyond 100 km.

TASMUS-II comes with IP QoS (Quality of Service) feature, which allows delay sensitive/high priority data to be successfully delivered even when the network is congested. In addition, thanks to multi-path routing capability, the traffic between two network nodes can be sent over more than one path at the same time. This capability not only maximizes the network utilization, but also ensures successful delivery of the critical data under heavy traffic conditions.

SYStem CONtrol Unit (SYSCON) carries out online and offline management of TASMUS network. SYSCON is used to manage the planning and execution of all the communication plans. SYSCON’s activities start with offline planning and covers all online actions involved with running the plan on the battlefield. 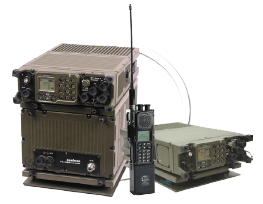 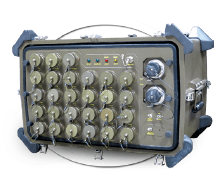 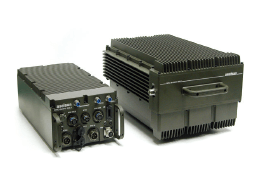 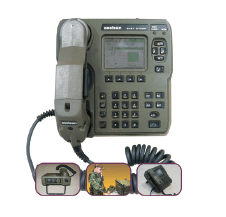