TAI will deliver 3 GÖKBEY general-purpose helicopters to the Gendarmerie General Command in 2022.

TAI General Manager Prof. Dr. Temel Kotil made important statements regarding the latest situation in the programs carried out by TAI.

Attending the Gebze Technical University (GTU) Aviation and Space Summit 2 event, TAI General Manager Prof. Dr. Temel Kotil gave important information about the ongoing activities for the GÖKBEY helicopter. Kotil announced that they will deliver the first GÖKBEY helicopter to the Gendarmerie General Command towards the end of 2022. Kotil also stated that in the process following the deliveries to the Gendarmerie, deliveries can be made to the Air Force Command and overseas customers. 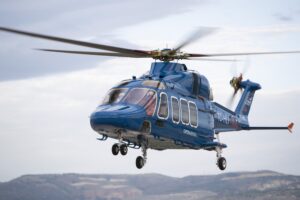 With the T625 GÖKBEY, where the entire helicopter body is loaded and critical parts are tested, full-length static testing is carried out with 96 control channels, while the helicopter body is loaded at 96 different points and directions. In full-length static tests, which include 32 different test scenarios, sensor data is collected from approximately 2,000 channels. The collected data is analyzed by drawing structural strain maps on the hull. At the end of the tests, the structural strength limits of the helicopter fuselage will be revealed and certification processes will be initiated with safe flight.

While the tests carried out within the scope of the GÖKBEY project were started with 4 engineers in 2014, it increased 8 times in 2021 and reached 32 engineers and technicians. The facility, equipped with world-class equipment and infrastructure, has a closed area of 3200 square meters and can perform 60 different tests at 60 different stations at the same time when it operates at full capacity. 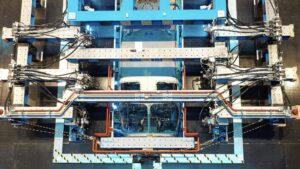 Kotil had reported that Gökbey was conducting certification flights as of December 2020. Noting that all conditions were tested in the flights in question, it is stated that this process took a long time and that the process could be extended for 2 more years if necessary. Kotil stated that the Gökbey general-purpose helicopter is planned to be produced 24 units per year, 2 units per month. 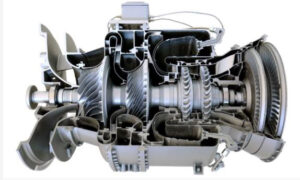 Within the scope of the GÖKBEY General Purpose Helicopter Program; cockpit equipment, automatic flight control computer, status monitoring computer, mission and flight management software for nationally developed military and civilian light class prototype helicopters have been developed by ASELSAN in accordance with civil certification and are integrated into helicopters. In this context, equipment deliveries for civil helicopters have been completed. Certification flights of the GÖKBEY civilian configuration helicopter continue. It can be used in many missions such as helicopter, VIP, Cargo, Air Ambulance, Search and Rescue, Off-shore Transport.

Turkish Aerospace Industries is the technology centre of Turkey in the design, development, modernization, production, integration and life cycle support processes of integrated aerospace industry systems, from fixed and rotary wing aerial platforms to unmanned aerial vehicles and space systems; is among the global players in the aerospace, aerospace and defence industries.

Turkish UAV AKSUNGUR has been 1000 hours in the skies