A T-90A main battle tank of the Russian Army was accidentally hit by an anti-tank guided missile during a military exercise in the Astrakhan area.

The incident in which a T-90A tank belonging to the Russian Armed Forces was hit and severely damaged during a military exercise reported by the Russian military publication Topwar.ru. According to the Defence Blog, during military exercises in the Astrakhan area, the Russian Army used anti-tank missile systems along with various weapon systems, including 9M113M Konkurs anti-tank missile systems. According to the source, one of these missiles launched from the BMP-2 armored combat vehicle accidentally targeted a T-90A tank during the exercise, injuring a staff from the crew.

During the recent exercises of the Russian Armed Forces at the training ground in the Astrakhan region, according to unconfirmed information, an incident occurred. BMP2 or 3 hit T90A. No casualties pic.twitter.com/wcRD6Gua4t

According to the information conveyed through other social media accounts, Konkurs-M which was fired from BMP-2 or BMP-3 armoured combat vehicle, shot T90A main battle tank by the side of the turret, with ATGM.

Competition BMP-3 shot flew into the side of the T-90A tower during an exercise in the Astrakhan region.
Data on the victims has not yet been reported, but judging by the trail on the tower, the side zip box took the whole blow. pic.twitter.com/IJWEoQcHTr

The Russian Defence Ministry has not yet commented on the incident. So far it is unclear exactly what caused the incident, but Russian soldiers wanted to “brag” of their achievements by posting numerous photos on the “Telegram” of the damaged T-90A tank.

Laser-guided 9M119 ammunition fired from the 125mm cannon of the Russian T-80BVM tanks missed the target.

Russian T-80BVM main battle tanks failed to shot the targets during the demonstrations at the Army-2020 International Military-Technical Forum at the Alabino exercise site outside Moscow. In the beginning, the upgraded T-80BVM tanks were expected to destroy the targets at distances of up to 2700 meters. However, it was announced that some problems occurred and laser-guided 9M119 ammunition fired from the tanks’ 125mm cannon could not shot the targets. Moreover it was stated that the tank crew did not understand the inital mission list correctly and missed the targets. 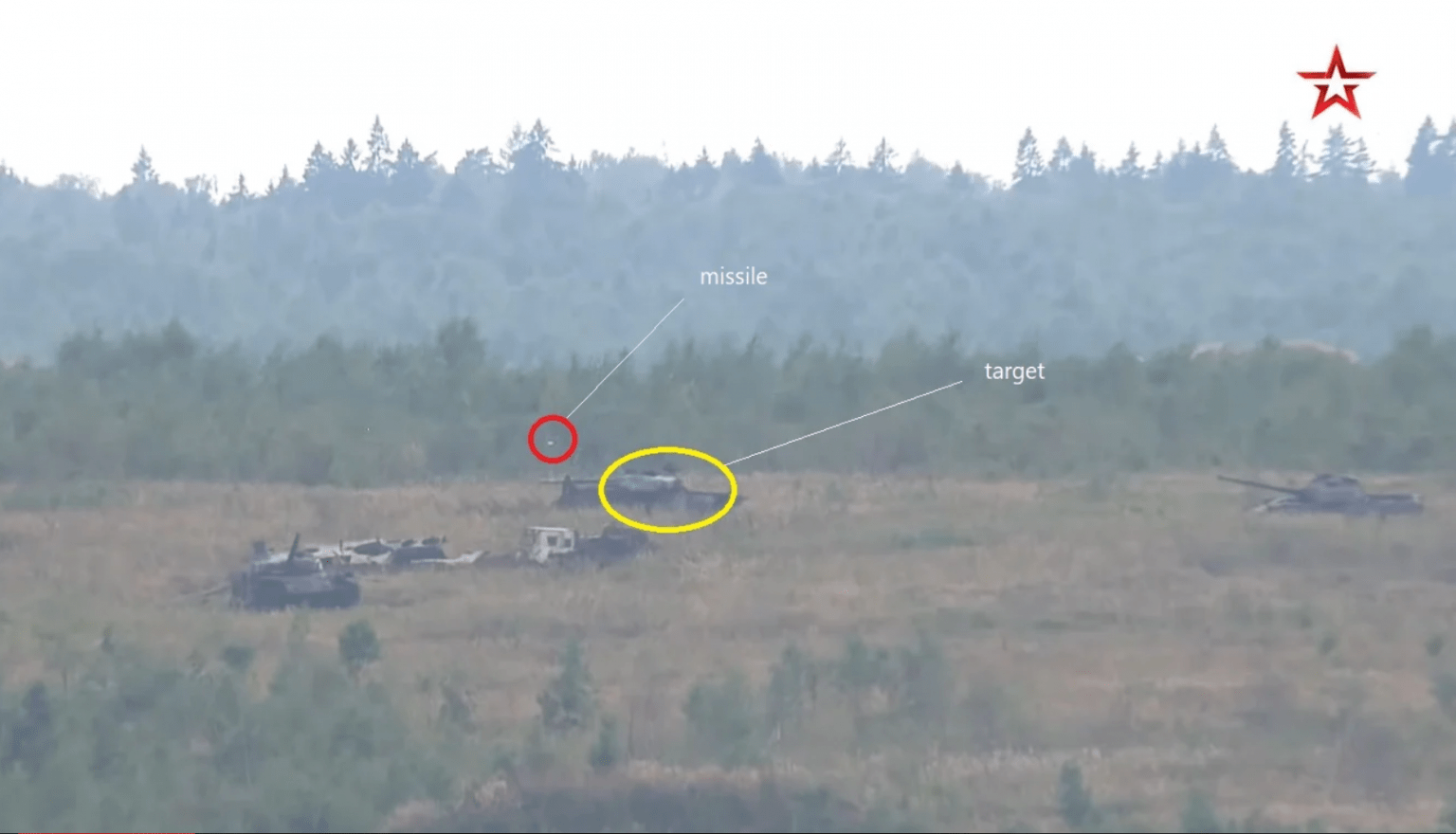