As reported by HaberTurk, Demir answered questions on important topics from the F-35 issue with the USA to the developments in the defence industry, meeting with the members of the Board of Directors of the Economics Correspondents Association (Ekonomik Muhabirler Derneği/EMD). Regarding F-35, İsmail Demir said:

“There is a legal basis for being excluded from the F-35 program and not being given some of our F-35s, there is a partnership based on the memorandum of understanding. We have said that within the framework of this signed text, no partner can be removed by saying that “I have removed another partner” even if it is the main country, because according to this text, the removal of any partner is only possible by the unanimous vote of all partners or they withdraw. There is no legal basis for saying “I removed Turkey” even though none of this happened. In a letter written last month, Americans confessed this in some way, because they say that they withdrew from this memorandum of understanding and that they would continue with another separate memorandum of understanding.

What does this mean? I deduced that we were not able to get one out of this table, so let’s live the table, also let’s get the other ones that suit our book, but let the other text be suspended. In other words, although it cannot be legally void, a step has been taken in the sense that it is practically void. While carrying out this business with only the statements they have given to the press about the issue until now, a conversation chain will be started. As a result, within the framework of this partnership, the dialogue process will begin in order to ensure that our rights regarding our aircraft are not lost, and that a solution is found in a way that does not go against the spirit of alliance with a law-based approach.”

“We will attach importance to National Combat Aircraft”

“We will attach importance to our National Combat Aircraft project. We will work to bring this to life as soon as possible. But of course, when we give this answer, we do not want to use it quixotically. I emphasize the difficulty of the issue in every setting. I am saying this not to make excuses, but to emphasize how hard we should work In addition, there will be trials and tests in the process, as in every change process. I would like to remind that the process will be a phase-by-phase transition in itself. We will take measures to meet the needs of our country, and at the same time, the modernization process of the aircraft that we have will continue. “ 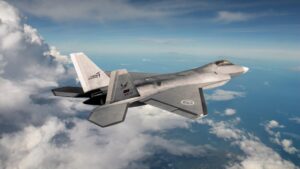 PDI İsmail Demir participated in the TV100 program “Yüz Yüze” via video conferencing and he stated that Turkey paid an amount up to 1.4 billion dollars in order to become a partner in the program and for the F-35s. And in return for this amount, he stated that he was deprived of rights such as the rights to be created regarding the partnerships, the F-35 aircraft to be purchased and the export volume that Turkey will create with the business share to be obtained from it.

On April 21, 2021, the United States notified Ankara that it removed Turkey from the F-35 Joint Strike Fighter Program. Firstly, the Memorandum of Understanding, which was opened for the signature of partner countries in 2006 for the official exclusion of Turkey from the F-35 JSF program, was annulled. The memorandum of understanding was renewed with 8 other partners of the F-35 JSF Program and the relevant developments were notified to Ankara by the USA. An official from the USA who spoke to the Anatolian Agency stated that new partners were not included in the agreement.

Turkey signed an agreement of 750 thousand dollars for 6 months with Arnold & Porter law firm from the USA in order to be included in the F-35 program again and to preserve the current rights.