The Ministry of National Defence made a statement about the military exercises and training activities via video.

The Ministry of National Defence made a press release on the activities of the Turkish Armed Forces (TAF) via video published on May 30, 2021. There were statements about many topics, including ongoing training activities and exercises.

TAF participates in the STEADFAST DEFENDER 2021 exercise, one of the most important exercise activities carried out by NATO every three years, as a Very High Readiness Joint Task Force. Between 19 May-1 June 2021, the land part of the exercise, in which 11 allied countries excluding Turkey participated, is carried out in Romania’s Bucharest and Cincu exercise areas, and the air and marine part is carried out in the Atlantic Ocean, hosted by Portugal.

Within the context of the exercise, the 3rd Corps Command and the 66th Mechanized Infantry Brigade Command were sent to Bucharest and Cincu/Romania by highway and airway between 7-25 may 2021, and Air Forces consisting of 3 F-16Ds were sent to Montreal Air Base Portugal on may 20, 2021. Spanish Minex-2021 Exercise was performed between 24 April-07 May 2021 off the coast of Spain with the participation of Turkey, USA, Italy, Belgium, France, Spain, Greece and Portugal. Efes 2021 Computer Aided Command Post Exercise was held in İzmir between 03-07 May 2021 with the participation of the Land, Naval, Air Force and General Staff Special Forces Command. Ramstein Ambition-21 NATO Simulated Command Control Exercise was held in Germany and Spain between 03-14 May 2021 with the participation of 24 NATO countries.

The 2nd Turkey-Azerbaijan Joint Battalion Task Force Training and Field Exercise was held in Şemkir/Azerbaijan between 17-28 May 2021. In addition, Turkey participated in the Dynamic Front-21 exercise, the first phase of which was held in Germany and Poland with the participation of 18 NATO countries between 29 April – 23 May 2021. The second phase of the exercise is planned to be held in Polatlı/Ankara between 05-20 September 2021 with the participation of Turkey, USA and Spain.

Denizkurdu-2021 Exercise is being held in the Aegean Sea and the Eastern Mediterranean between May 25-June 06, 2021 in order to increase the combat readiness levels of the Naval Forces by testing the interoperability and support methods with the Force Commands and public institutions. The International Anadolu Ankası-21 Exercise is held in Konya between May 24 and June 04, 2021 in order to improve training, cooperation and interoperability among the personnel rescue elements of the participating countries. 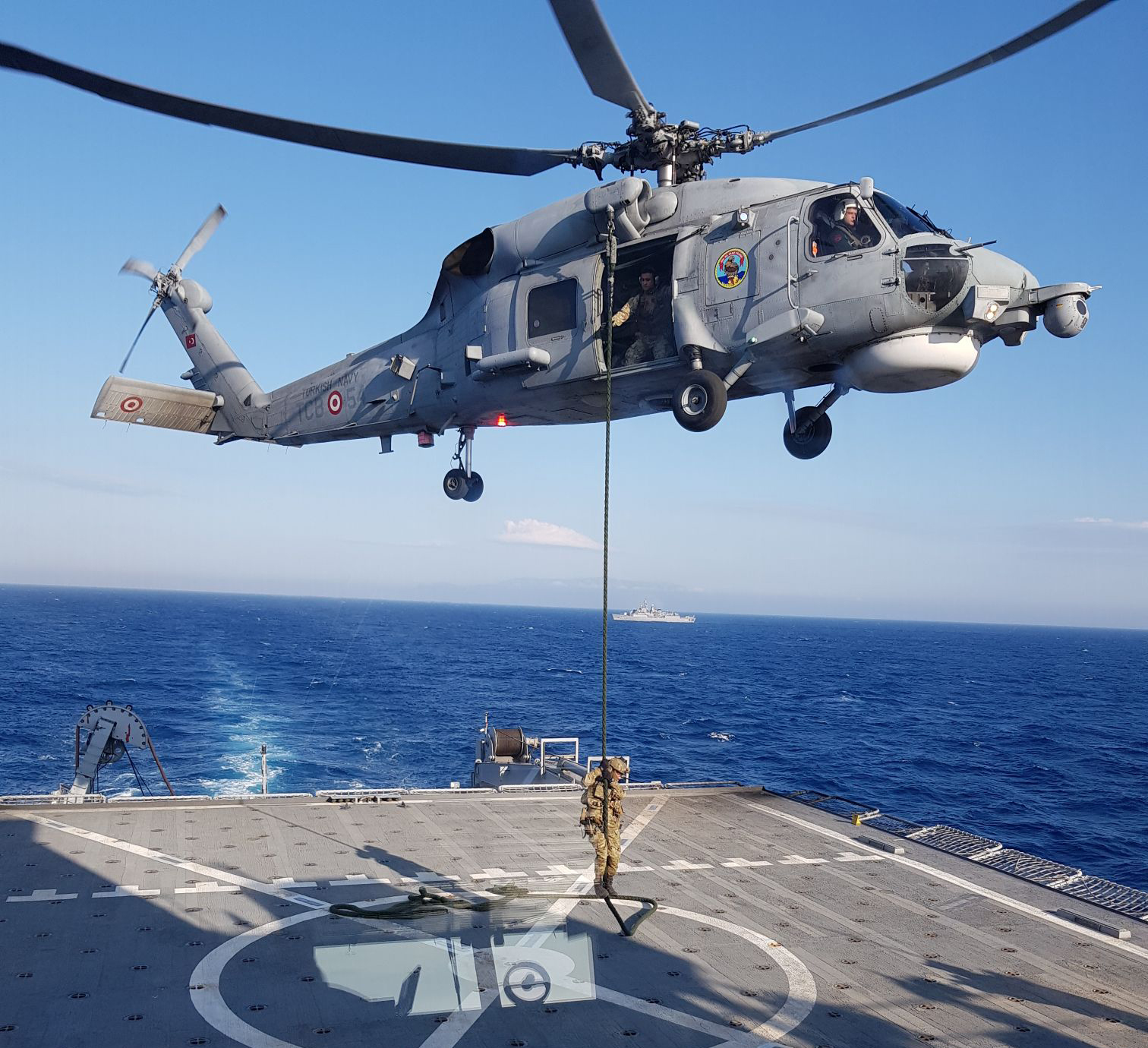 Putting up a good fight with more than one operational area at the same time, the Turkish Armed Forces is involved in maintaining peace and stability in 16 different regions of the world with nearly 6,000 personnel. In the coming period, the support of regional and global peace through operations, exercises and training activities and the preparation of the Turkish Armed Forces will be kept at the highest level. In Libya, Turkish troops provide consultancy support to Libyan soldiers on military training, mine/IED clearance, health, humanitarian aid and other military issues. Also in this context; in order to establish the Libyan regular army and bring its units to international standards, trainings are provided at 5 training centers in Libya. Mine/IED detection and destruction works continue in order to contribute to the peace and security of the Libyan people.