A sales contract of 13.3 million USD was signed between ASELSAN and an international customer for the export of software-defined radios.

In the statement made by ASELSAN to the Public Disclosure Platform on July 2, 2021, it was announced that a contract worth 13,319,359 USD was signed. It was signed between ASELSAN and an international customer, and deliveries are planned between 2021-2022.

The statement made by ASELSAN to PDP includes the following expressions:

“Between ASELSAN and an international customer; regarding the export of software defined radios, an international sales contract with a total value of 13,319,359 USD was signed. Within the context of the contract, deliveries will be made in 2021-2022.”

ASELSAN HF Radio Family based on Software Defined Radio technology ensures reliable and secure communication in 1.6 to 30 MHz band for Land, Naval and Airborne Platforms. Beyond line of sight voice/data communication is achieved with the utilization of the most advanced HF technology covered in the related NATO STANAGs and Military Standards. With high processing power and software configurable architecture; the radios can easily be upgraded for new features. State-of-the-art HF radios are developed with built-in digital encryption module for secure communication. Built-in modem offers variable data rates from 75 bps to 12800 bps matching different HF channel conditions.

In 2019, ASELSAN continued the deliveries and installations for contracts within the context of dissemination of land platform HF radios. Deliveries under the 5kW and 10kW HF Transmitter System Contract for the use of the Naval Forces Command were made. At the same time, installation and integration activities of Naval Platform HF Radios of various powers (150W, 400W, 1000W) on Naval Forces and Coast Guard Command platforms continued. 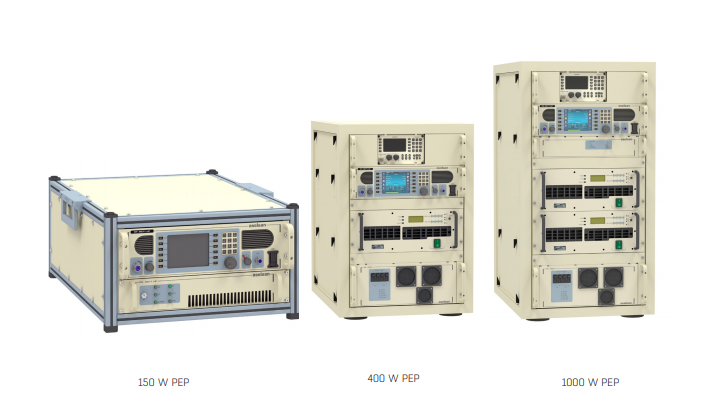