Turkish Aerospace’s ŞİMŞEK Target Drone System participated in the drills organized in the Aegean Sea by the Turkish Naval Forces as a target drone. ŞİMŞEK performed its flights according to the instructions, and enabled ships to engage effectively in air defense and close air defense. 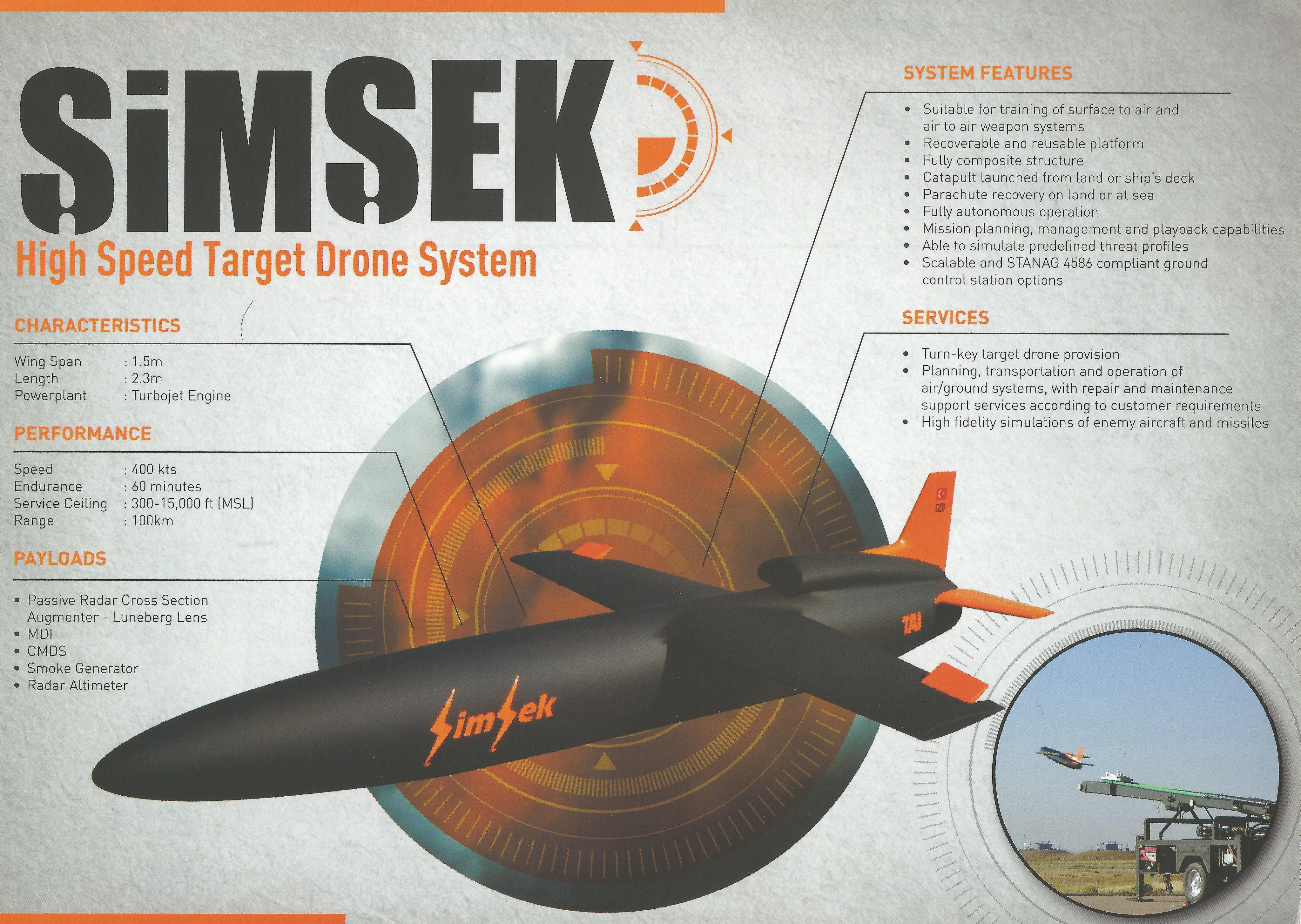 During the drill whose flight scenarios were planned by the Turkish Naval Forces to pose an aerial and guided missile threat to the ships, ŞİMŞEK Target Drone system completed its flights as per its instructions and played an important role in enabling the ships to engage effectively in air defense and close air defense. At the end of the mission, the Turkish Naval Forces officials expressed their satisfaction with ŞİMŞEK’s performance.

Turkish Aerospace’s ŞİMŞEK High Speed Target Drone System was initiated as an R&D project in 2009 in order to meet the training needs of the air defense units. Currently, ŞİMŞEK has similar flight characteristics with jet fighters and missiles, and continues to meet the requirement for high speed target drones.