According to the information by Azeridefence, Turkish Aviation and Space Industry (TAI) continues to introduce the ŞİMŞEK target drone system in Azerbaijan and Kazakhstan. As part of the project, ŞİMŞEK High-Speed ​​Target Drone System was tested in Azerbaijan.

TAI stated that Şimşek target drones were selected in order to use during the firing tests conducted by the Azerbaijan Air Force to test the effectiveness of the air defence systems. After the negotiations between TAI and Azerbaijan Air Force, the ŞİMŞEK High Speed ​​Target Drone System, which was brought to Azerbaijan in late 2019, carried out six flights within 3 days, 3 of which were in the test area near Baku, the capital of Azerbaijan. 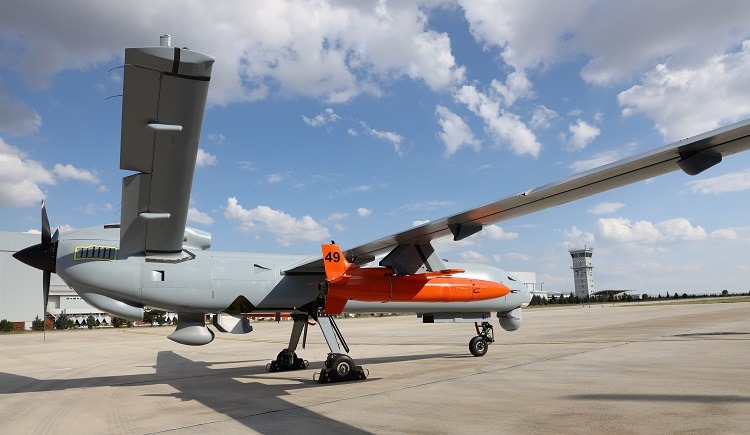 TAI, which continues to develop new concepts on ŞİMŞEK High-Speed Target Drone System constantly, integrated the Şimşek target drone system into ANKA Unmanned Aerial Vehicles recently. ŞİMŞEK target drone, which can be integrated into each wing, is launched from air to air.

According to the information provided by Azeridefence, TAI managed to make another breakthrough in the unmanned aerial vehicle industry, integrating a target drone into ANKA UAV which has more than 50.000 hours of flight and has proved itself in the domestic and foreign operations. The “ŞİMŞEK” target drone system, which can be launched not only from land platforms but also from surface platforms, can land using a parachute after completing its mission.

Being reported  which was reported to provide a very successful performance in the military drills conducted by the Turkish Navy, ŞİMŞEK served as a target drone during the military drills of the Naval Forces Command between the dates of 12-17 January 2020 in the Aegean Sea.

Being an indigenous Design and Development program, ŞİMŞEK High Speed Target Drone System program was initiated in 2009 to meet the increased training requirements of the Turkish Armed Forces (TAF). 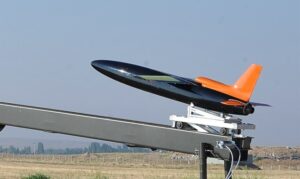