by Kevser Taşlık
in Air Force and Air Systems
0

T-7A Red Hawk is one of the options that Serbia is considering as a replacement for its existing jet trainer and light attack fleets.

Speaking on national TV on July 25, 2020, a senior Serbian government official said that T-7A Red Hawk (Boeing T-X) trainer aircraft that developed by a cooperation of Boeing and Saab, could replace both the SOKO G-4 Super Galeb (Super Seagull) advance trainer and light attack platform and the SOKO J-22 Orao (Eagle) ground attack jets. Despite of G-4 and J-22 aircrafts ongoing modernization efforts, are due for retirement. 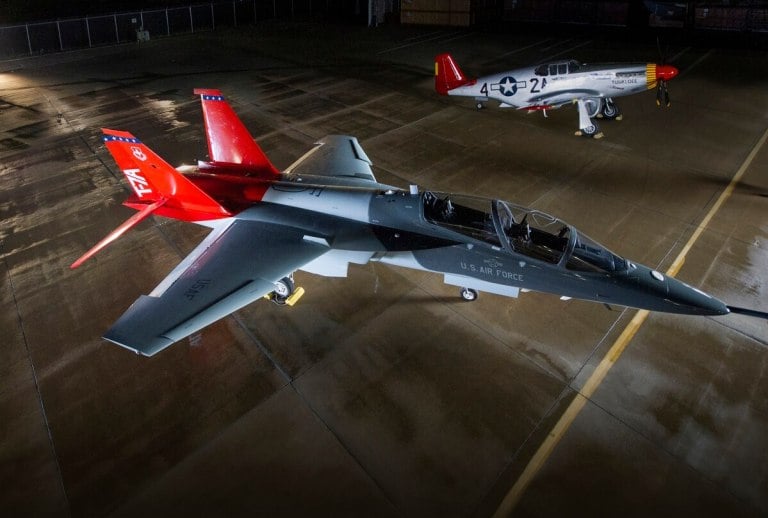 Nenad Miloradović, an official in the Serbian defence ministry, said that he expressed interest for the acquisition of 20 T-7A jets, the T-7A, which is being developed as a trainer for the US Air Force (USAF) and marketed as a potential light fighter/attack solution for the international market, possesses “excellent characteristics and capabilities.”

Miloradović added that Serbia was attracted by the combination of the T-7A’s price and its performance, noting that the country is looking at options that are about half the price of current fourth-generation platforms (so approximately $50 million) and whose capabilities are between the existing capabilities of [Serbia’s] assault [G-4 and J-22] and fighter MiG-29 aircraft. She also said:  “The T-7A aircraft itself is supersonic and features modern avionics, and as such would be able to entirely replace our ground attack aviation and being multirole would also be able to support our MiG-29 interceptors.”