Saudi Arabia will cut its defense budget by 3.8% to 175 billion rials ($46.62 billion) for 2021, according to budget documents published on December 16. Budget documents released point to a continuous decline in the country’s defense spending.

General government spending fell 2.94% year-on-year to 990 billion rials. Government revenues are expected to be Rial 849 billion, creating a budget deficit of Rial 141 billion, which accounts for 4.9% of GDP. Defense spending as a percentage of public spending is expected to remain relatively stable at 17.68% nominal. Defense spending, as a part of GDP, is also expected to decline from 7.04% in 2020 to 5.81% in 2021, a level not seen since 2013 as the general budget has also been reduced to 2014 levels. 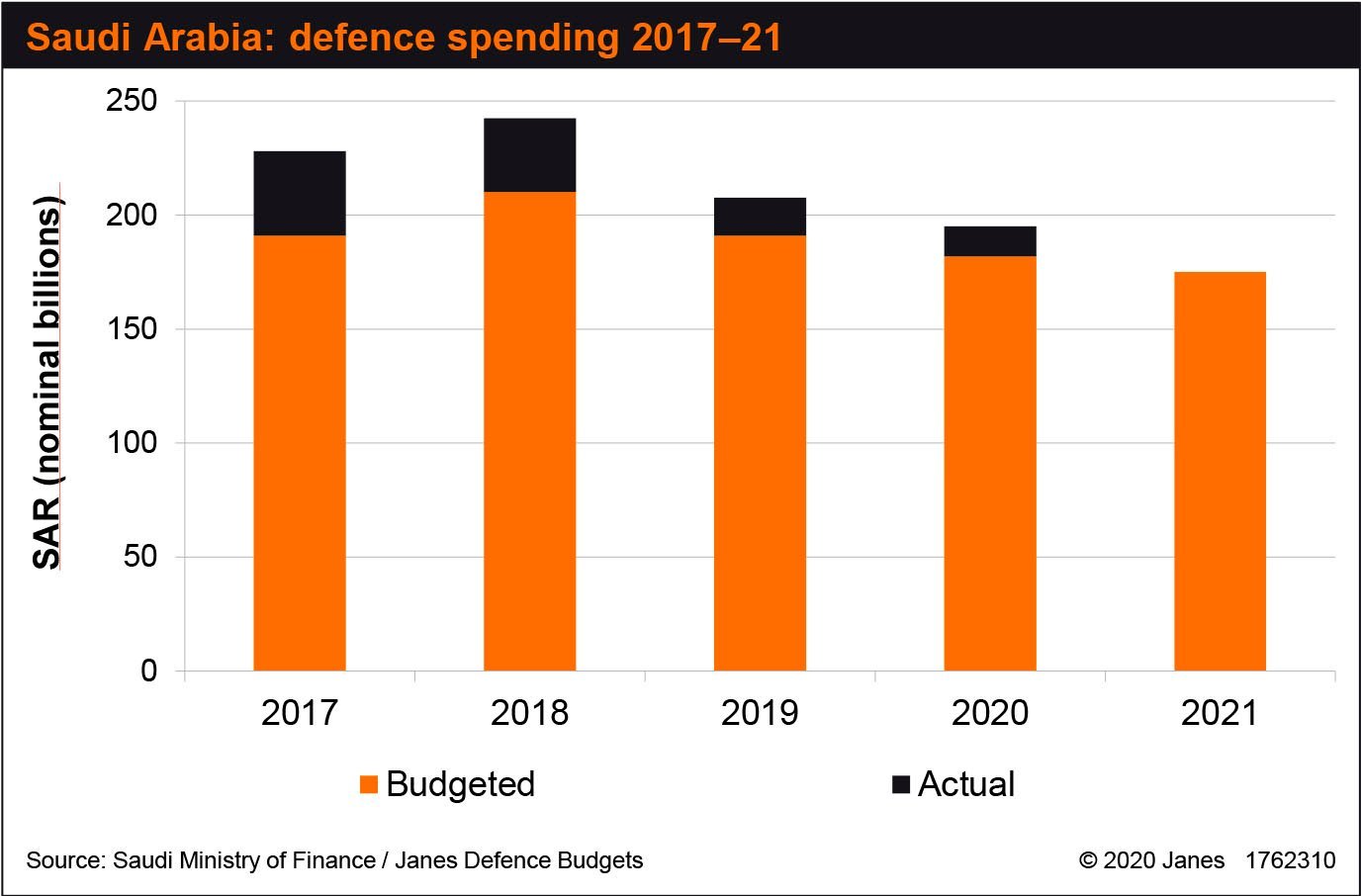 As Saudi Arabia continues to reduce its defense spending, excessive spending levels during the year are also decreasing. (Saudi Ministry of Finance / Janes)
Key project achievements outlined this year include the initiation of the first phase of construction for facilities at King Salman Air Base, the implementation of the first phase of the relocation and the establishment of the King Faisal Air Academy, a 10-year development plan as part of the overall development of the Ministry of National Guard, and aimed the localization of 50% of defense procurement expenditure under the 2030 vision.

The goals for 2021 include the completion of King Salman Air Base and the resettlement of King Faisal Air Academy, continuing capacity building for the army’s arms, and the continuation of the development plan for the Ministry of Defense.