by Kevser Taşlık
in Navy and Marine Systems, News
0

Russian aircraft carrier Project 23000E Shtorm, which is planned to come into the Russian Navy’s service in the next decade, will be equipped with S-500 Prometheus anti-aircraft systems.

S-500 Prometey, known as 55R6M “Triumfator-M”, is a Russian surface-to-air missile/anti-ballistic missile system, designed by Almaz-Antey firm. In the beginning, the system that was planned to be in production by 2014 is currently scheduled to be ready for the first delivery in 2021.

Some Russian sources stated that the S-500 system, developed on the basis of S-400, was equipped with more advanced, long-range radars and missiles. The source also stressed that the system was effective against hypersonic missiles and can block various ballistic missiles for this system, which has a longer range than the S-400 air defense missile system.

According to Russian sources, the S-500 is not only conventional air and missile defense system but also a weapon that can destroy low orbital satellites, weapons launched from space from supersonic aircraft, hypersonic shock UAVs and orbital platforms. 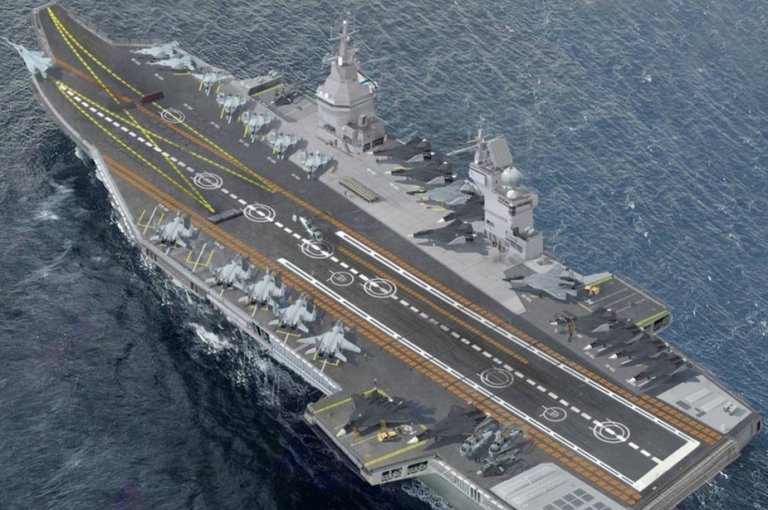 Project 23000E, known as Shtorm, is an aircraft carrier designed by the Krylov State Research Center for the Russian Navy. The cost of the export version has reached over US$5.5 billion, with its development expected to last ten years.

The platform, which was designed under the project of Shtorm, is 50% larger than Admiral Kuznetsov, currently and the only aircraft carrier that Russia has. It is 343,8m, which is almost the same as the U.S. Navy’s Nimitz Class. On the other hand, it is expected that the carrier, which has a distinctive twin-island layout similar to the British Queen Elizabeth Class, would embark seventy to ninety aircraft, including fighters, attack jets, airborne early warning, electronic warfare and reconnaissance aircraft. It’s planned that the platform can also embark at least a dozen antisubmarine warfare and utility helicopters and will have close-in weapons systems (CIWS), antisubmarine weapons, missile and torpedo decoys.