On 10th November 2020, Nikol Pashinyan, the Prime Minister of Armenia, announced that he signed the agreement admitting the defeat in Nagorno-Karabakh.

The Prime Minister of Armenia Nikol Pashinyan, who is in the occupation position in Nagorno-Karabakh, stated that he made a difficult decision and said, “I signed an agreement with the Russian and Azerbaijani Presidents for the end of the Karabakh war. The deal is incredibly painful for me and my people. ”

On November 11, 2020, the Republic of Turkey Recep Tayyip Erdogan said Turkey would take part in the joint peacekeeping forces in Karabakh with Russia. 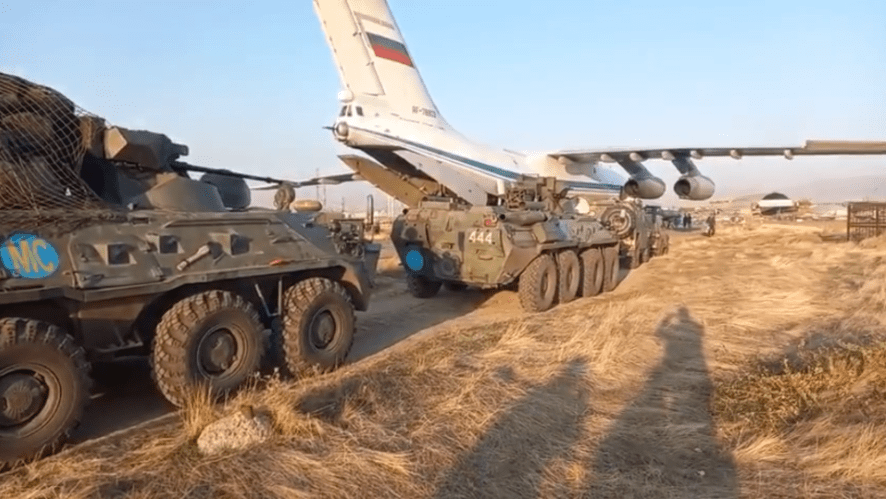 Russian Peacekeeping Force en route to Karabakh
In a statement by the Russian Defense Ministry regarding the developments, it was stated that the Russian peacekeeping force consisting of 1960 military personnel, 90 armored vehicles and 380 military trucks was transferred to Nagorno-Karabakh with Il-76 type military transport aircraft taking off from Ulyanovsk Airport. It is planned that the Russian military units that will join the peacekeeping force will supervise the compliance of the parties to the agreements, establish observation posts along the close contact line and Lachin corridor in Nagorno-Karabakh and serve here.

Ilham Aliyev: I am glad that the war is coming to an end
President Aliyev announced that a ceasefire was declared in the Karabakh region. “All parties in Nagorno-Karabakh will accept the ceasefire regime as of 00:00 Moscow time on November 10, 2020.” Azerbaijani President Aliyev shared his satisfaction that the war was coming to an end. Extending his thanks to President Erdogan, Aliyev said, “Both Turkish and Russian peacekeepers will be deployed in Nagorno-Karabakh.”