Within the scope of the Memorandum of Understanding signed between Turkey and Bangladesh, an export agreement for various Roketsan products was signed.

Our Turkish defense industry continues to deliver its capabilities all over the world. President of the Presidency of Defense Industry Prof. Dr. İsmail Demir stated in his statement on June 29, 2021 that within the scope of the Government-to-Government (G2G) Cooperation Memorandum of Understanding between Turkey and Bangladesh, the export agreement of various ROKETSAN products was concluded. Demir shared the statement on his official Twitter account: “There is no rest for the weary.” 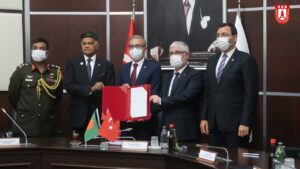 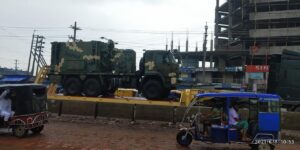 Speaking at the ceremony, regarding the TRG-300 KAPLAN Missile System, Prime Minister Sheikh Hasina said “I believe this modern system will strengthen the Bangladesh Army and increase the mental strength and confidence of the army personnel.” Prime Minister Hasina also announced that TRG-300 KAPLAN Missile Systems will serve in the 51st MLRS Regiment of Bangladesh Armed Forces stationed in Savar Canton. 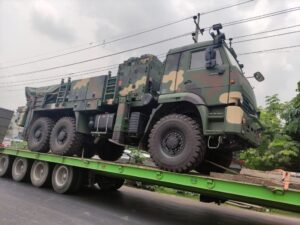