It was claimed in the news published on 6 August 2021 by Defence Express that ASELSAN offered remote-controlled stabilized weapon systems (UKSS) to Ukraine. The news included technical and supply information about SARP, SARP-ZAFER and NEFER UKSS.

Defense Express made these statements about the proposal:

“ASELSAN continues to invest in engineering, production and maintenance centres on a global scale to support its users all over the world in a timely manner, giving the highest priority to local needs. In line with this perspective, the newly established ASELSAN Ukraine LLC will primarily carry out operations ranging from industrial cooperation of UKSS to after-sales support services.

ASELSAN also offers localization opportunities with the best-in-class RCWS, which is trusted by the Ukrainian Armed Forces.”

SARP, one of the members of the ASELSAN UKSS product family, today meets the needs of the Turkish Armed Forces, the Gendarmerie General Command and the General Directorate of Security by being produced entirely with domestic and national means. SARP, which provides high accuracy on land platforms, was developed for small and medium calibre weapons. Combining effective firepower with sensitive reconnaissance capability, the SARP system can be used both against air and land threats in tactical land vehicles, as well as against asymmetric threats in residential areas and fixed facilities, thanks to its light and low profile turret. 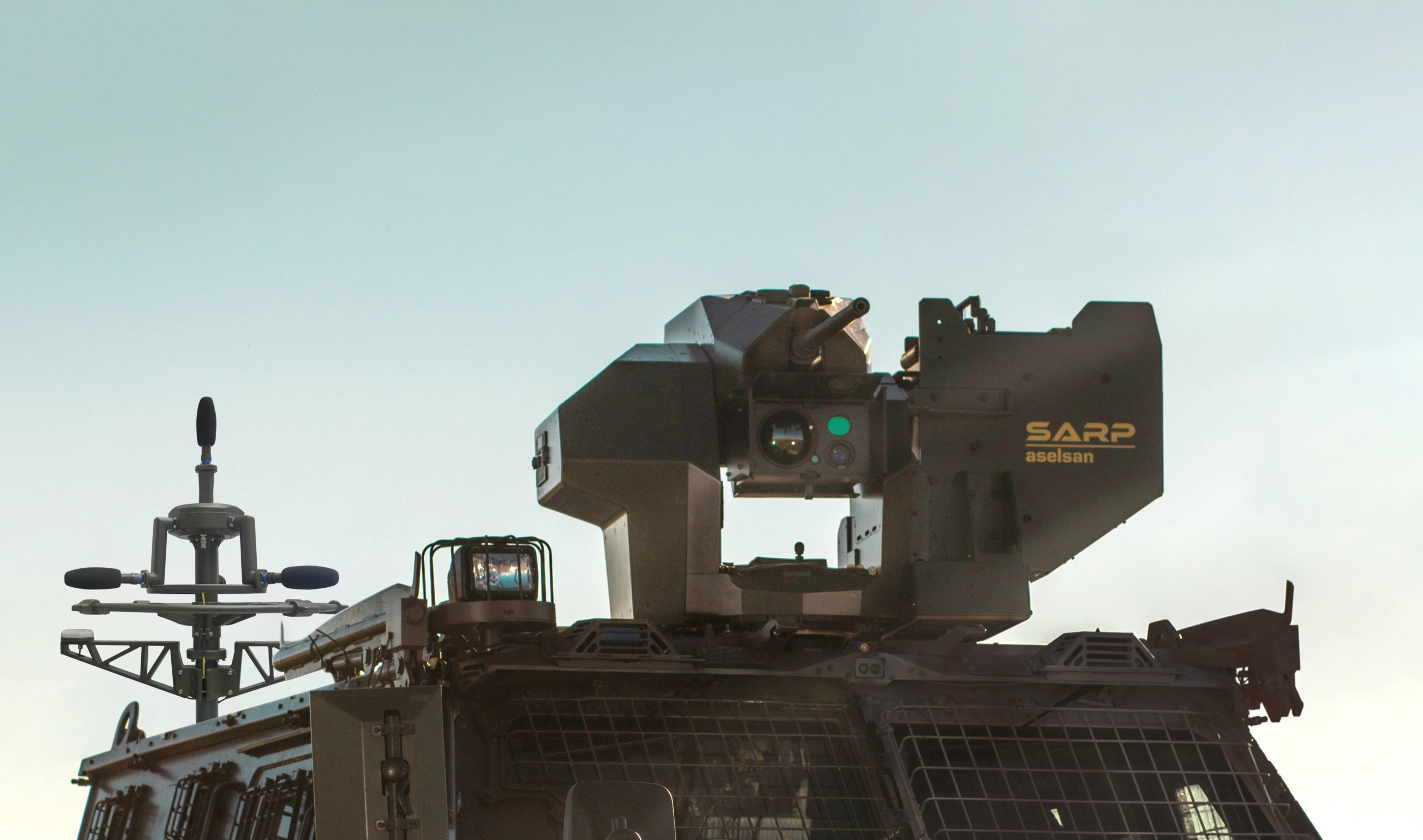 Thanks to the thermal and TV cameras and laser range finder it contains, SARP produces ballistic solutions with high accuracy and can be used in day/night conditions. In addition to these features, SARP, which has firing line and line of sight stabilization, automatic target tracking and advanced ballistic algorithms, can shoot and direct with high precision while on the move. With its export to a European country for the first time in 2020, the number of countries SARP serves has increased to six.

A new model compatible with Russian weapon systems has been added to the SARP UKSS family, which ASELSAN exports to many countries. SARP-ZAFER NSV can be used against air and land threats in tactical land vehicles as well as against asymmetric threats in fixed facilities. In accordance with the usage requirements, a 12.7 mm NSV machine gun or a 7.62 mm PKM machine gun can be attached to the system.