One of the oldest remaining firearms manufacturers, Remington Arms Co. has filed for Chapter 11 of the US Bankruptcy Code. Sources claim that the company’s Navajo Nation factory is in the talks for sale. Chapter 11 is enshrined in Article 11 of the United States’ Bankruptcy Code and allows reorganization depending on the law.

Previously, Remington tried to file for bankruptcy in May 2018 following a major decrease in firearms sales followed by being unable to pay their debts. Sources warned about the timing of the bankruptcy as being untimely and the biggest Native American territory in the US, Navajo Nation could be planning for a takeover ever since. 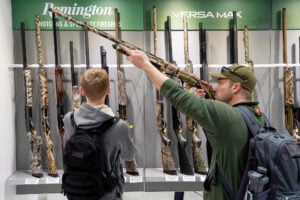 Rise and Fall of Remington

In an article by the New York Times, it was stated that Navajo Nation previously offered to take over Remington back in 2018. News then also reported that the assault rifle production had ceased and the company would transfer the company to focus on producing hunting rifles and pistols and similar small arms for Armed Forces. The following procedures were also reported to be in the direction of forming a joint investment group.

Remington, with over 200 years of history in the industry, has risen and fallen many times during its existence. Many companies came and went in American domestic firearms industrial history and Remington was no exception. Remington Arms Company was founded in 1816 in Ilion, New York by Eliphalet Remington. The company, throughout its history, had many ups and downs but this time, the financial troubles of the company seem to be on an unprecedented scale.