The last official statement regarding the 6×6 Pars Tactical Wheeled Armoured Vehicle was made by the Presidency of Defence Industries. The Presidency stated at the post shared on Twitter that: “The PARS IV 6×6 Special Operations Vehicle with the highest protection in its class, which is developed within the scope of the 6×6 MRAP (Mine Resistant Ambush Protected) Vehicle Project, continues its qualification tests. PARS IV, designed as a vehicle beyond existing vehicles with effective protection against Handmade Explosives, survivability infrastructure including high mine and ballistic protection, new technology mission equipment, will be delivered to our security forces this year.” 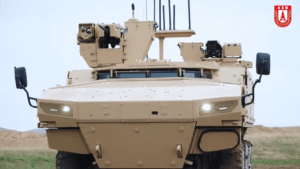 Within the scope of the “Turkish Defence Industry 2021 Aims”, the PARS IV vehicle was among the systems planned to be delivered to the security forces in 2021. The first deliveries of Pars IV 6×6 Mine Resistant Vehicles, which will be the first in the Turkish Armed Forces inventory, will be made in 2021.

In July 2020, the first assembly of the Pars 6×6 Mine Resistant Vehicle, developed within the scope of the project initiated by the Presidency of Defence Industries in line with the needs of the Turkish Armed Forces, was carried out. 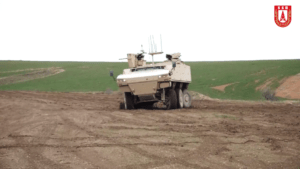 Speaking at the ceremony, President of the Presidency of Defence Industry Prof. Dr. Ismail Demir said:

“After the qualification tests that will continue until the end of the year, all of our vehicles will enter the inventory in 2021 and will be available to the Turkish Armed Forces for the first time. This vehicle, which has some features that we call the first in the world, also has very high export potential. I hope this capable vehicle will be beneficial to our security forces and the Turkish Armed Forces. We will start this process with 12 units. We hope it will continue with more products.” 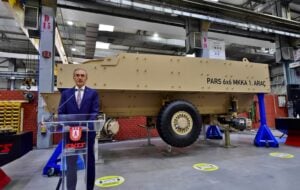 TÜMOSAN for Domestic and National Engines

Within the scope of the Special Purpose Tactical Wheeled Armored Vehicles Project Subcontractor Agreement signed between TÜMOSAN and FNSS on December 25, 2019, it was announced with the statement made to the Public Disclosure Platform (KAP) by TÜMOSAN that advance payment was made to TÜMOSAN Engine and Tractor Co. 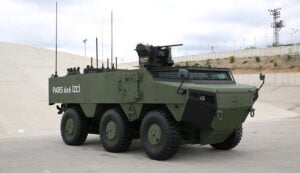 In the contract, in which the integration of a domestic and national engine into military vehicles was planned for the first time; Diesel engines developed by TÜMOSAN engineers entirely with domestic facilities will be used in 100 units of 8×8 and 6×6 vehicles that FNSS will provide to the Land Forces Command and the Gendarmerie General Command.

Within the scope of the Project

Within the scope of the ÖMTTZA (Special Purpose Tactical Wheeled Armored Vehicles) Project; ASELSAN will design and produce 7.62mm and 25mm unmanned weapon systems, electro-optics, radar, communication, command control and navigation systems to be used in vehicles. Also, the domestic engines to be integrated into the vehicles will be developed and produced by TÜMOSAN.

Domestic unmanned ground vehicles are in the firing tests