Otokar, a Koç Group company, announced its 2019 results. Serdar Görgüç, General Manager, Otokar, noted that the company’s 2019 revenues reached TL 2.4 billion with 45 percent increase, “We left behind a difficult year as both the global and Turkish economy faced many challenges. Despite uncertainties worldwide, we strived to represent Turkish automotive and defense industries successfully in the international arena. With broad product ranges in commercial vehicles and defense industry, and technology, design and engineering capabilities, we strengthened our position among global brands. In 2019, our exports grew 78 percent year on year, and we posted TL 352 million profit with an increase of 114 percent.”

Otokar, Turkey’s leading automotive and defense industry company disclosed its 2019 financial results. Otokar, which operates in more than 60 countries on five continents with products with owned intellectual property rights, ended 2019 with a record growth of 45 percent. General Manager Serdar Görgüç said that Otokar continued its operations with a focus on long-term goals without the impact of short-terms fluctuations and despite the uncertainties across the globe and the tightening in the domestic market, “We defined our strategy as increasing exports and expanding globally. We continue to take bold steps as we aim to sustain our growth. In 2019, our exports increased by 78 percent to $340 million while the share of exports in revenues reached 80 percent. With record growth, our net profit increased by 114 percent year on year, reaching TL 352 million. And our R&D spending amounted to TL 136 million in 2019.” Serdar Görgüç pointed out that Otokar also maintained a balance between commercial vehicle and defense industry sales in 2019, adding that both product groups captured similar shares in total revenues.

Serdar Görgüç also provided information about exports of defense industry and commercial vehicles. Noting that Turkey’s land vehicles exports rose 73 percent in 2019, he said “We continued to export the armored vehicles in 2019. We doubled our exports of defense industry products compared to the previous year. We analyze user expectations and needs with great care to design and manufacture products that align with the requirements, and as a result our company also continued to grow in the commercial vehicles segment, opening to new markets. We overcame the tightening in the domestic bus market, which shrank 58 percent, with exports as we expanded our vehicle park in several countries, particularly in Europe. Today, our buses successfully serve millions of passengers in more than 50 countries. The number of Otokar branded buses used in passenger transportation surpassed 2,200 in France alone. We aim to grow our share in the bus market, especially in Europe, and to rapidly elevate our position globally.”

“Number of companies established abroad on the rise”

Görgüç said, “The fact that Otokar continues to strengthen its position in the regions where it operates by establishing affiliates and subsidiaries also had a positive impact on last year’s growth figures. In line with our goal of crowning our international expansion with new achievements, we established our fourth company abroad in Kazakhstan. With this company, we intend to take advantage of various opportunities such as joint product development and engaging in local business partnerships, local production and technology transfer in Kazakhstan and Central Asia, where our defense industry products and commercial vehicles are actively used.”

“Leading the industry with pioneering work” 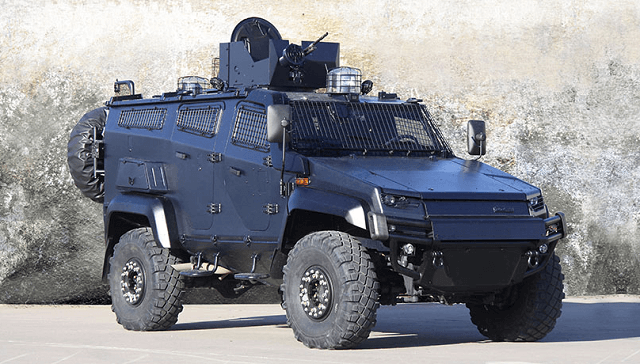 Serdar Görgüç pointed out that Otokar, supported by its strong R&D capabilities, continues to elevate its position in the global market, especially in the last decade, taking important steps in new technologies and applications, “Our investments, our engineering and production capabilities, and the flexibility to produce according to user requirements have made us a pioneer and leader in commercial vehicles and defense industry in Turkey. In 2019, our R&D spending amounted to TL 136 million. After developing Turkey’s first electric bus in the 2010s, we continued to work on vehicles powered by alternative fuels in 2019. We added the new 12-meter electric urban bus to our product family. We are currently promoting this bus in Europe. We also launched Turkey’s first electric armored vehicle, Akrep IIe. Our goal with these vehicles is for Otokar to gain even more experience and knowhow in alternative powertrains such as electric, diesel and hybrid to accelerate transition to autonomous vehicles. We will continue to work and invest toward becoming a future ready company that shapes and leads the industry.”