Estonian-based Milrem Robotics, the developer of THeMIS UGV (Unmanned Ground Vehicle), which has been tested and continued to develop by the armies of various countries for a long time, introduced its new unmanned combat vehicle.

Although it looks like an armored combat vehicle in terms of main armament, the system that is developed is an unmanned robotic system.

Kuldaar Väärsi, Milrem Robotics CEO about this new system, said, “We created our project, but larger size robotic vehicles are needed that work with mechanized units such as the main battle tank or infantry combat tanks. We analyzed what kind of requirements and limitations are needed and what we can do for such vehicles.”

According to information reported by Shephard Media, the Estonian company plans to start testing the Type-X Robotic Combat Vehicle (RMA-Robotic Combat Vehicle) by September 2020. This unmanned ground vehicle system is designed to support mechanized units and provide enhanced protection and survival capability.
Kuldaar Väärsi, CEO of Milrem Robotics, told Shephard that RMA would increase situational awareness and increase the response speed of land forces. He also announced that it will reduce the logistics burden and the need for extra personnel.

According to Väärsi, Type-X will be able to perform dangerous missions in combat areas, which will create less risk for soldiers. The robotic platform can work with manned ZMAs or infantry forces.
It is underlined that robotic systems are much better options for the battlefield. It is stated that the Type-X will cost less two to three times compared to a conventional combat vehicle. 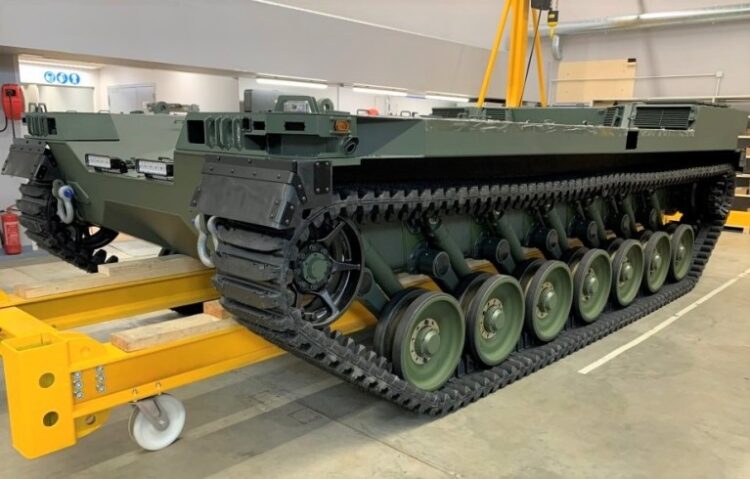 It has 600 kilometers range

Sverker Svärdby, the company’s Chief Engineer, explained that RMA is lighter than most ZMAs and provides superior mobility. The Type-X can reach 80 km/h and has a range of 600 km.

“By removing the crew from the vehicle and making it smaller, we were able to get several new and key features,” said Svärdby. “I am sure that the RMA will change the future of the battlefield and the future of the army’s structure.” he added.

The vehicle has a low heat trace and visual track, which makes it difficult to detect. In addition, it can be dropped from the air and transported on Lockheed Martin C-130, Boeing C-17 and other suitable transport aircrafts. Furthermore, it can provide the same firepower as traditional platforms and an automatic cannon system up to 50 mm can be integrated. 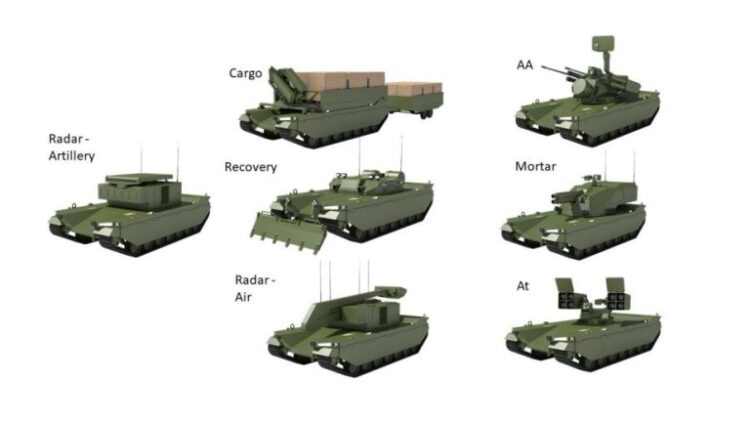 Väärsi has confirmed that the company has potential customers for the product and that someone has invested in the development of the Type-X. Not explaining the details about these countries, Väärsi emphasized that the focus of Milrem Robotics is in the NATO market in Europe as well as in Northern Europe.

Väärsi stated that concepts regarding the company’s larger robotic systems were created three years ago, and the Type-X RMA began to develop two years ago. “The first dynamic test is likely to happen at the end of the summer and will meet the requirements of the first concept prototype by the end of this year.” Väärsi said.

According to the statement by Väärsi, Milrem Robotics was planning to introduce this vehicle during the Eurosatory 2020 event, which was canceled due to the COVID-19 pandemic. However, due to the pandemic, the supply chain of the Type-X RMA was also affected, but there was no delay in the project overall.

The company believes that Type-X has a number of advantages over existing armored combat vehicles. First, it is almost twice cheaper. In addition, it is almost three times lighter than a ZMA with 12 tons (26,455 lbs). For this reason, the mobility of the Type-X has improved and it is easier to carry and leave it with aircrafts like the C-130.

It also has a 30-mm automatic weapon that makes Type-X as deadly as most other ZMAs, and an optional 2-ton turret equipped with a 50mm gun.