The deliveries in the mass production period continue in May as well, after the prototype delivery within the scope of the Mine-Resistant Partial Protected Rescuer (MKKKK) project developed by MPG Makine Production Group.

Another 8 units of M4K, Partial Protected Rescuer (MKKKK) vehicles were delivered by MPG Machinery Production Group in May.

According to the information obtained by Defence Turk; After the first serial production deliveries of 1 prototype and 4 in March 2020, mass production deliveries continued in April 2020 as well. In this context, another 5 units of Mine-Resistant Partial Protected Rescuer M4K vehicles were delivered to the security forces in April. With the deliver of the last 8 vehicles, a total of 18 vehicles were delivered. MKKKK vehicles have been used actively since the day they entered the Land Forces Command’s inventory.

M4K Supply Contract Signed with MPG
Within the scope of Mine-Resistant Partial Protected Rescuer project which will be procured to meet the needs of Turkish Armed Forces, The subcontracting contract price, which was previously signed with MPG Makina Prodüksiyon Grubu Makina İmalat San. Tic. A.Ş., amounting to $ 4,580,000, excluding VAT, reached $ 13,312,000 (excluding VAT) as a result of the additional order finalized on 10.05.2019.
In this context, a total of 29 vehicles will be delivered. 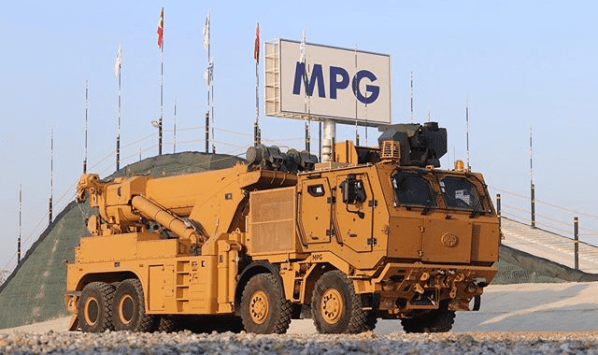 Within the scope of the 8X8, 10X10, 12X12 Wheeled Tank Carrier, Container Carrier and Rescue Vehicle Project carried out by the Presidency of Defence Industries, it is planned to supply 476 vehicles with 8X8, 10X10, 12X12 wheel configuration in order to increase the mobility of the maneuvering elements of the Land Forces Command and to provide combat service support. (134 Tank Carrier Vehicles, 65 Container Carrier and 277 Rescuer Vehicles)