by Fatih Turgut
in Air Force and Air Systems, News
0

According to a statement made by a senior official from the Ulan-Ude Aviation Company, it was stated that Russia’s Mi-171Sh-VN Storm helicopter, equipped with guided missiles and developed avionically, would enter serial production within two years.

Mikhail Karpushkin, the company’s Vice President of Marketing and Sales, stated at the Army-2020 expo: “Serial production of the modernized Mi-171Sh helicopter will begin in 2022.”

Army-2020 is an international military and technical fair. It opened on 23 August and will continue until 29 August. It was previously announced that representatives from about 100 countries would attend this forum. More than 1,500 companies exhibit their nearly 28,000 products. In the name of weapon systems, 700 different systems are exhibited at the Army-2020 fair. 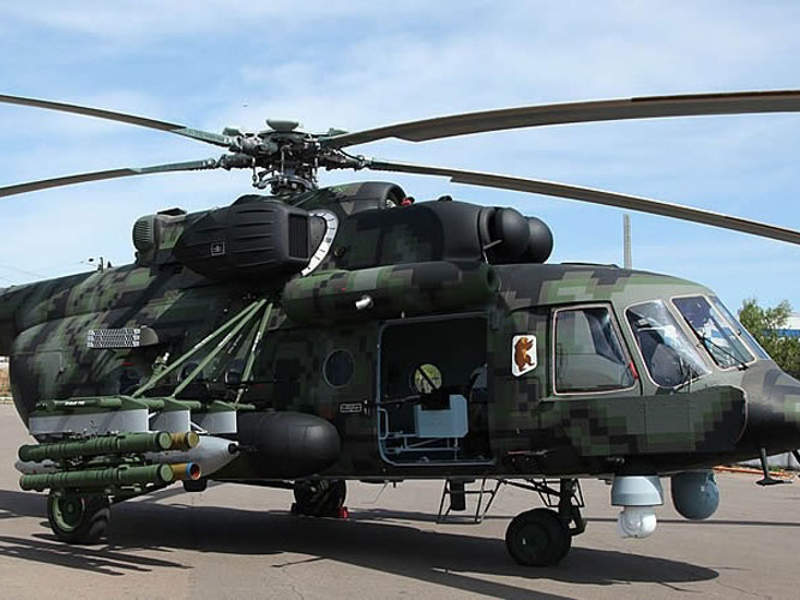 Serial production of the world’s largest and heaviest military transport helicopter Rostvertol MI-26T2V will begin in 2021.

Andrey Boginsky, CEO of Rostvertol, one of the leading helicopter and engine manufacturers in Russia, announced that the MI-26T2V military transport helicopter, which is expected to enter the inventory of the Russian Army, would enter mass production in the first half of 2021. Boginsky continued in his statement that the Mi-26T2V helicopter was designed entirely according to the needs of the army and that they exchanged ideas with authorized army personnel in this process.

The Mi-26T2V transport helicopter, which made its first flight in 2018, was the heaviest in its class, and was also exhibited at the fair held in Russia in 2019. Russian Defense Minister Alexey Krivoruchko announced to the Russian Army that 10 helicopters would be purchased.

Mİ-26T2V military transport helicopter has the capacity to carry 82 military personnel with a crew of 5. Its maximum take-off weight is 56 tons and its unloaded weight is 20 tons. The helicopter was powered by two D-136 type turbo shaft engines with a maximum thrust of 11,400. The total length of the helicopter is 40.3 meters, the body length is 33.73 meters, and the height is 8.15 meters. The maximum speed of the helicopter is 295 km / h, the extreme range is 800 km, and the maximum range is 1,920 km. There are a total of 13 different variants of the Mi-26 model transport helicopters. 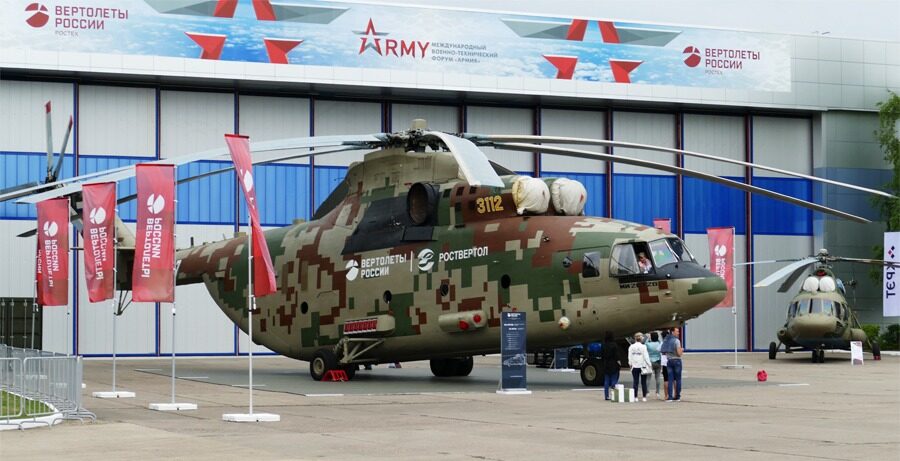 Turkish F-16 flies over Aegean Sea with US B-52