by Sema Susar
in Supply and R & D Projects
0

In order to meet Turkish Air Force (TurAF) requirements beyond 2030s, an indigenous design and development program aims to replace the aging F-16 fleet of TurAF.

Within the scope of TF-X Program, Turkey will become one of the few countries to possess the necessary technologies, engineering infrastructure and production capabilities. Once the engineering activities on all the critical technologies are accomplished (e.g. increased situational awareness, sensor fusion, low observability, weapon bay, …etc), which are needed by a 5th generation (or beyond) jet fighter aircraft.

TF-X aircraft is planned to be kept operational in the TurAF inventory until 2070s and will be interoperable with other critical assets of TurAF such as F-35As.

The TF-X indigenous design and development program prime contract between Undersecretariat for Defence Industries (SSM) of Ministry of Turkish National Defence and Turkish Aerospace has been signed on 5th of August 2016.

The timing of this signature alone, is a key demonstrator of Turkey’s determination of running mega-projects uninterruptedly, even under extra-ordinary conditions.

Currently, the prime contract covers the initial four (4) years (starting after signature of major subcontracts) which will end up with completion of preliminary design phase. Within this period beyond the design and development of TF-X Aircraft, engineering capabilities, technology development activities (for key sensors like radar, electronic warfare..etc.), test infrastructures establishment and certification processes will be performed and extensive capabilities for a new generation jet fighter design, development and production will be gained by Turkish industry. 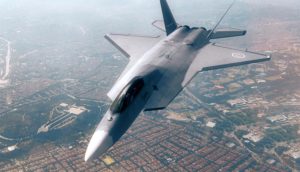 One of the key ambition and consideration of SSM and TurAF, which is also shared by Turkish Industry as well, is the exportability of TF-X aircraft to key allies and friendly countries. In this regard, Turkey also welcomes to discuss any opportunities for participation of interested countries in a win-win model to be generated, where similar examples are also seen in different parts of the world.