Ukraine supplied the MLS Shield tactical 4×4 wheeled armored vehicle from Italy-based TEKNE company in accordance with the needs of its army.

As reported by TEKNE, MLS Shield is a 4×4 armored vehicle. It has the capacity to carry 10 military personnel, including the driver and the commander. The vehicle is powered by a 360 hp Cummins 6.7L I6 Turbodiesel engine connected to a 6-speed Allison 3200 automatic transmission. There is a 200 Liter fuel tank for the engine and the Shiled reaches a maximum speed of 110 km/h. The vehicle has a length of 6.1 meters, a width of 2.5 meters and a height of 2.65 meters. It reaches an empty weight of 11,500 kg, and a weight of 14,000 kg when fully loaded. 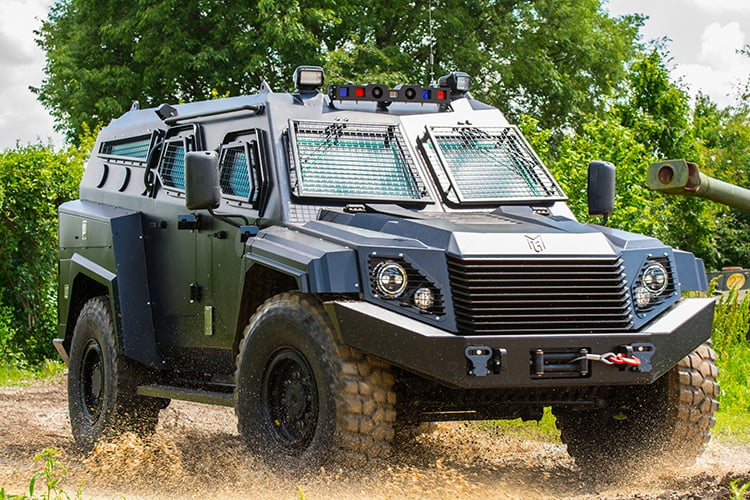 As reported by Army Recognition, with the protection technology used in the body of the MLS Shield, this vehicle provides protection against 7.62×51 FMJ ammunition as well as 5.56×45 armor-piercing bullets. In addition, the armor of the vehicle also provides protection against mine or IED explosion. The turret section of the vehicle can be equipped with many weapon systems, including a ring-mounted, single-seat open-top turret or a remote-controlled weapon station that can be armed with a 7.62mm or 12.7mm machine gun.