The Energetic Materials Production Facility Opening Ceremony was held at the Barutsan Rocket and Explosive Factory of the Machinery and Chemical Industry Corporation (MKEK).

The Energetic Materials Production Facility Opening Ceremony was held at the Barutsan Rocket and Explosive Factory of the MKEK with attendance of Turkish President Recep Tayyip Erdoğan. The new generation electric hybrid system armored combat vehicle (E-ZMA) with its explosive facility and Boran 105 portable howitzers were announced to the public at the ceremony, which also attended by Turkish Defense Minister Hulusi Akar.

Erdoğan highlighted that the Machinery and Chemical Industry Corporation (MKEK) is the only facility in the world that can produce weapons and ammunition of all calibres from 5.56 millimeters to 203 millimeters under a single roof.

Stated that modular gunpowder production lines were brought to the institution with RDX, HMX, CMX production facility, which are called energetic materials in MKEK Barutsan Rocket and Explosive Factory. Erdoğan said: “Turkey has the opportunity to produce explosives such as RDX, HMX and CMX, which are owned by a limited number of countries in the world.” 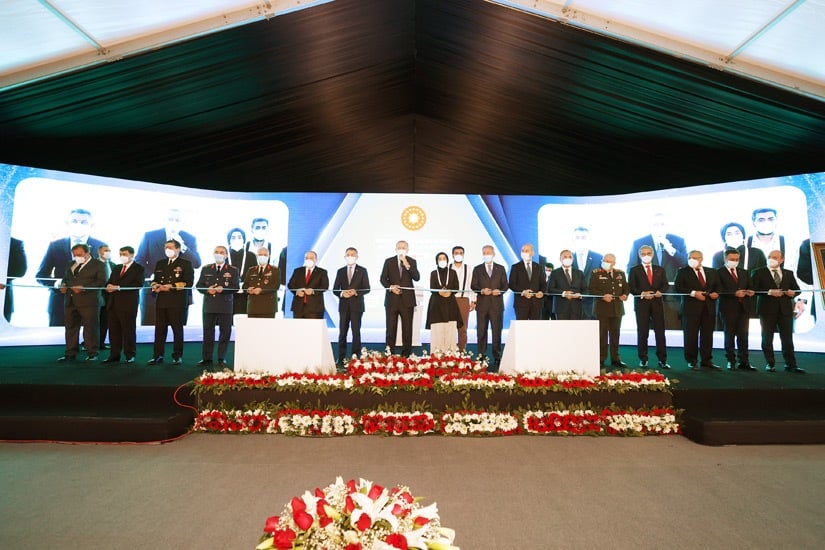 “Our country has always imported this product from abroad, which is used as the main explosive material in the filling of new generation ammunition in aircraft bombs, missile fuel and warheads. The secret and open embargoes that we have been subjected to recently, required the production of this critical product in our country. Our Machinery and Chemical Industry Institution- immediately rolled up its sleeves with the instruction we gave, and in a short time like a year- was established with completely indigenous facilities and national technology with public-private cooperation management. We as a country reached the super league with the ability to produce new generation explosives, thanks to the facility that we inaugurated.” 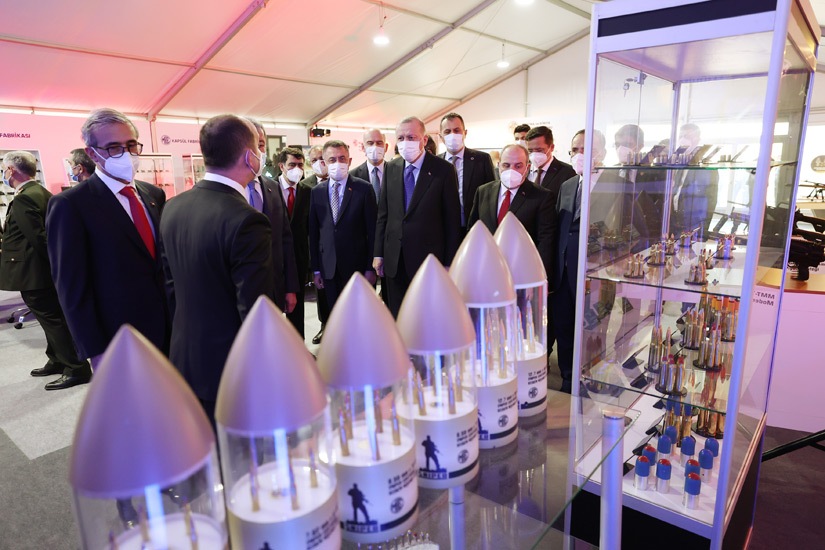 Turkish President Erdoğan stated that they also opened modular gunpowder production lines, which are the propulsion systems of howitzers such as Fırtına and Panter. Erdoğan said:

“In this facility, the modular gunpowder system that supplied from abroad before, will now be produced entirely with indigenously resources. A system for which millions of dollars are required for technology sharing, was produced by our engineers in a very short time with 100 percent technology.” 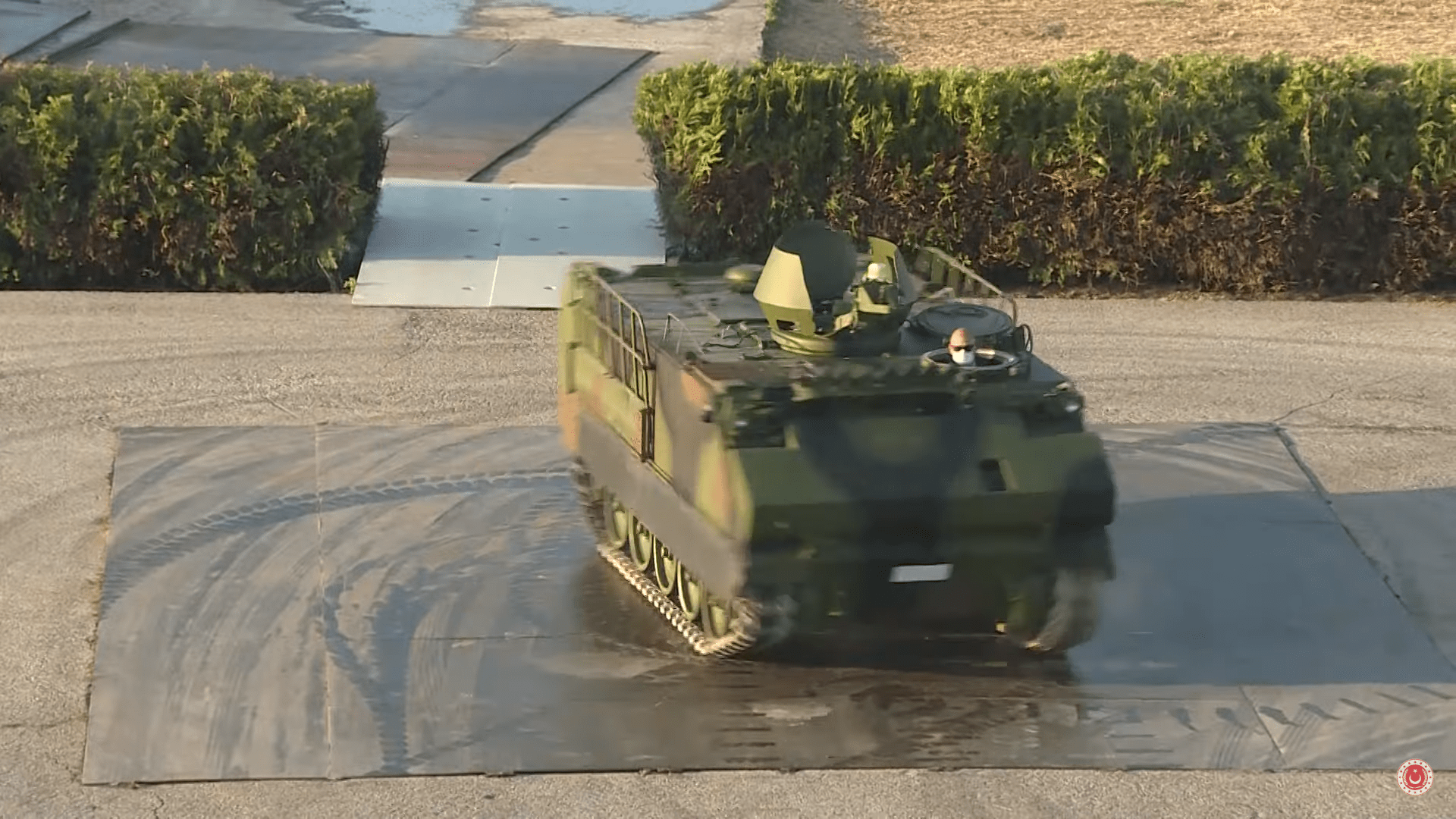 The president stated that they have examined the newly developed and included machine gun PMT-76 57-A, and gave information about its name. He said that the 57-A phrase in the name of the machine gun is a memory of the 57th Regiment, who died in the Gallipoli War with the shooting of the machine gun. Erdoğan mentioned the “Ozok” hand grenade designed by First Lieutenant Ozan Olgu Köreke, who was martyred in 2017. Erdoğan said: “Our Machinery and Chemical Industry Institution took this project, developed it and started to produce it. We are able to produce thermobaric ammunition.”

Turkish President Recep Tayyip Erdoğan stated that they expect the software and hardware of the naval gun, the hybrid power and investigation systems of the close air defense system T-155 storm howitzers to be completed as soon as possible. 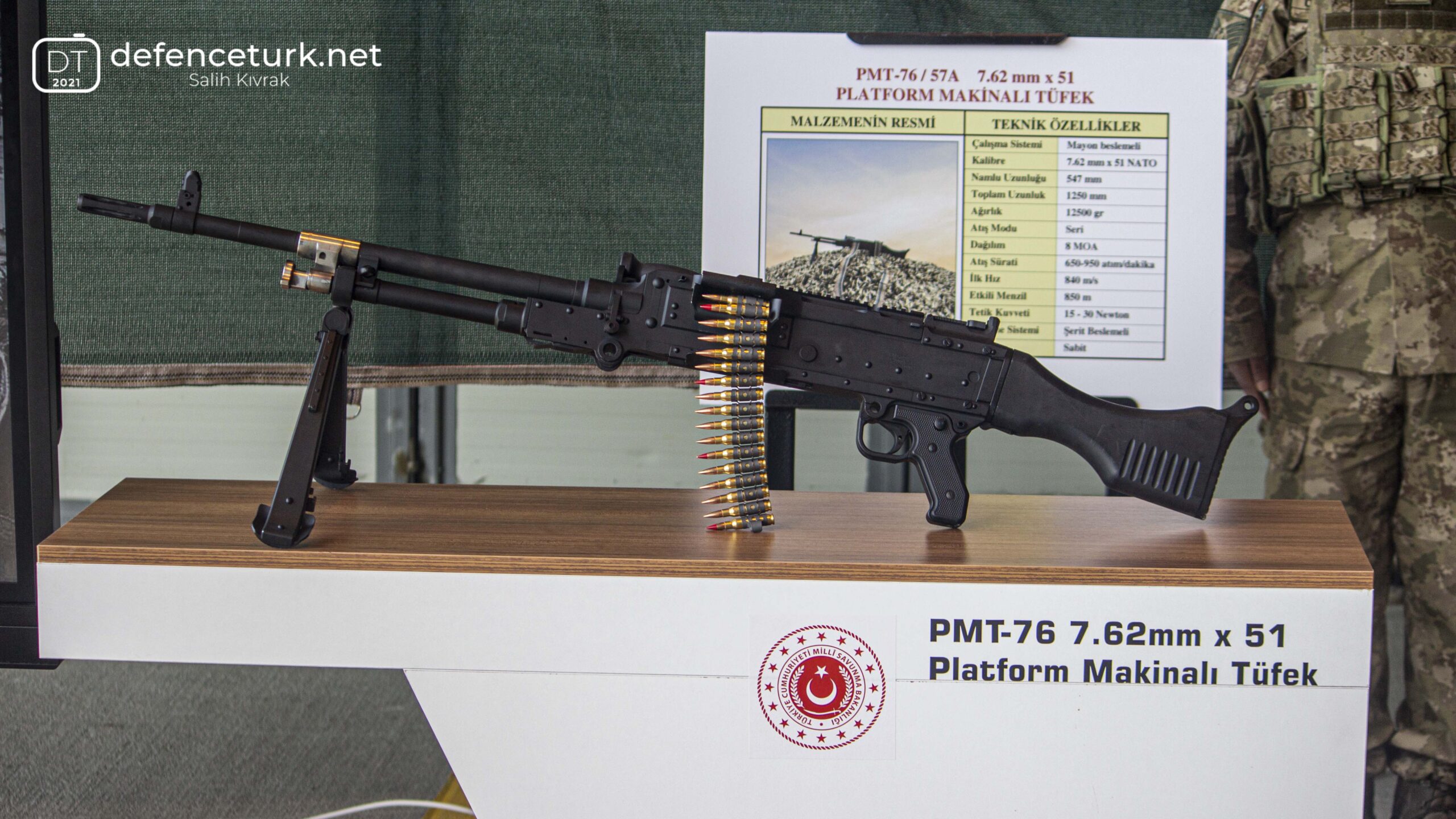 The best in its class: BORAN 105mm Towed Howitzer