Minister Varank: We are one of the 5 countries in the world with this ability

Turkish Industry and Technology Minister Mustafa Varank, who stated that they aimed to make Turkey one of the world’s leading production and technology base, said, “Our 2023 Industry and Technology Strategy determines our roadmap by increasing our global competitiveness, strengthening our economic and technological independence, improving value-added production, and advancing groundbreaking critical technologies through the National Technology  Move.” Varank also said that they ensure that science and technology serve the public by supporting industry, academia and scientists through TÜBİTAK. 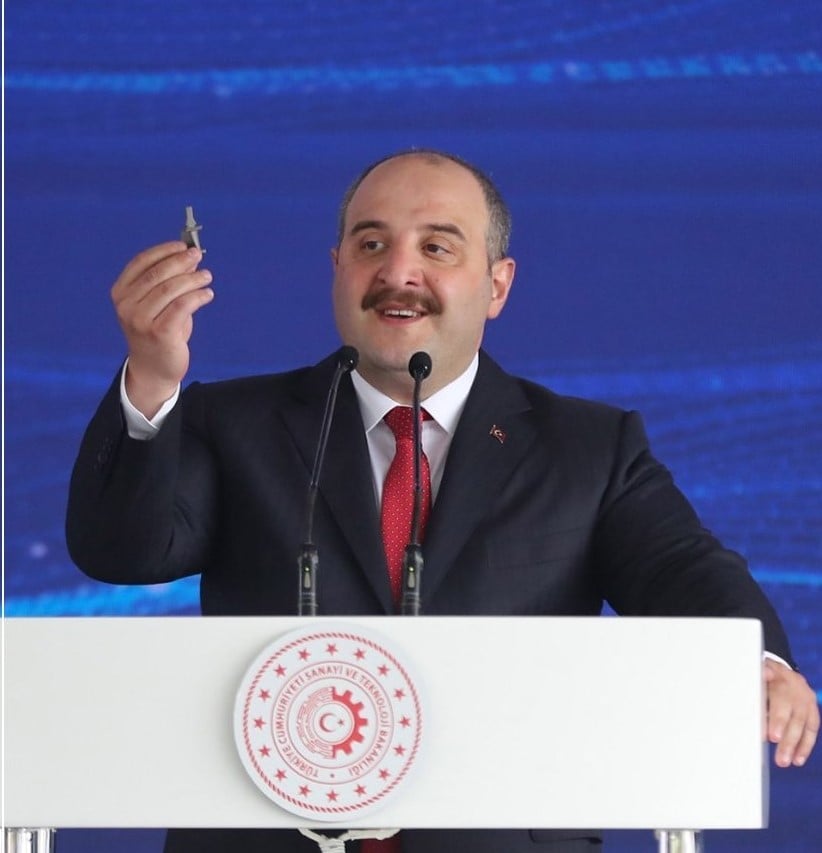 The minister, who showed the turbine blade that used in National Utility Helicopter, Gökbey’s engine, in his arms, announced that the part is the highest value-added part that used in the engine. Varank said: “ This product that you see in my arm, produced in TÜBİTAK MAM, is a turbine blade that used in turboshaft engines. The aircraft and helicopters can’t fly without this part. We are one of the 5 countries around the world with this ability. We already have delivered 160 to TEI (TUSAŞ Engine Industries). “

Minister Varank, showed another a piece during his speech, said: “This tiny square is the laser seeker detector of smart bombs used by UCAVs. Bombs can pinpoint with this seeker. The detector that we developed in BİLGEM, is one of the critical components of our defense industry.” The minister also said that Turkey produced much higher quality and cheaper the detector when we compared with its equivalents in abroad.

In the opening ceremony, TÜBİTAK BİLGEM that is one of Turkey’s major technological institutions, and HAVELSAN, which is one of the giant corporations of the Turkish Defense Industry, signed a Real-Time Operating Systems agreement. With this agreement, the operating system essential for many high-tech products such as fighter jest and helicopters will be produced indigenously and nationally.

Indigenous and national Real-Time Operating Systems, which are referred to as RTOS or *GİSİS*, are brain of indigenous technology and indigenous software in the critical areas. With this operating system, security forces can reduce the external dependency in critical systems, to be safe against leaks and attacks, and to establish full control over the systems.

The system’s rights regarding the promotion, dissemination, marketing, sales, training, development of card support packages, field support, maintenance and maintenance activities of RTOS developed by TÜBİTAK BİLGEM, in domestic and the abroad were licensed to HAVELSAN in accordance with the signed contract. HAVELSAN will contribute to the development of new capabilities and features at the middleware level. TÜBİTAK BİLGEM will continue RTOS’ development activities towards technological trends and safety-critical system needs of the sectors. The agreement was signed by President of TÜBİTAK, Prof. Dr. Hasan MANDAL and General Manager of HAVELSAN, Dr. Mehmet Akif NACAR.