In the phone call, both sides exchanged opinions regarding recent topics and developments mainly Eastern Mediterranean and joint and regional defense.

Some headlines given by Minister Aktar are:

– Turkey’s cause is justified and determined, and under no circumstances will accept cheap solutions for a quick resolution and insist on defending their rights on international legal platforms.

At the meeting attended by General Staff Chairman General Güler latest developments regarding Eastern Mediterranean were discussed. Other headlines included NATO General Secretary’s initiatives and other regional NATO topics. In the briefing of the meeting released, NATO General Secretariat’s call for dialogue was responded with positivity. Minister Akar also said that Turkey’ was conducting a mission within the guidelines of all countries’ legal rights on the Eastern Mediterranean. He added that any tension can be eased down with international law, bilateral agreements, dialogue and positive thinking between neighboring countries. Other countries involved in the situation were also mentioned, said that their understanding is the key element. 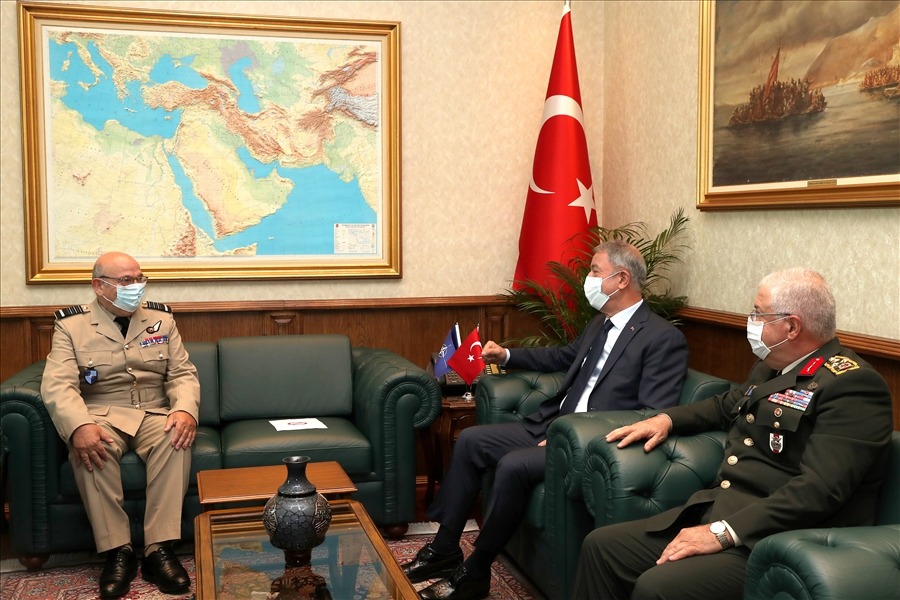 At the meeting, it was underlined that Turkey’s rights, involvement and mission in the waters including those off Cyprus were to be preserved with determination and strength, as it had always been. It was also stated that Turkey always fulfilled their duties for NATO and would continue to do so regardless of the situation.