Leopard 2A4 uprade in progress

On  July 12, 2020, İsmail DEMİR, President of Defense Industries, announced that the modernization of the M60T tanks were completed, “The modernization process of Leopard tanks is in progress.”

“Leopards will continue to be modernized in parallel as a follow-up to M60s,” Demir said. “Thus, while the mass production of our Altay tank continues, these tanks will be modernized and classified in the class of the most capable tanks in the world.”

What drew attention was that in the statement for Leopard 2A4 modernizations, which were previously carried out by BMC and did not have an official signing ceremony, BMC was not mentioned.

Leopard 2A4s were procured as second-hand in two packages, one consisting of 298 tanks while the other 56, from Germany after 2005. 15 tanks in the second package are being used as spare parts.

However, the project on Leopard 2A4 modernization, which was carried out by BMC and  had no official signing ceremony, has not been developed, although it has been nearly 2 years since the initial announcements. Although several rumors about the project emerged in 2019, there has been no formal statement, be it positive or negative.

Again in March 2019, several photos of Leopard 2 tanks being tested and equipped with ERA(Explosive Reactive Armor) panels were featured on social media. 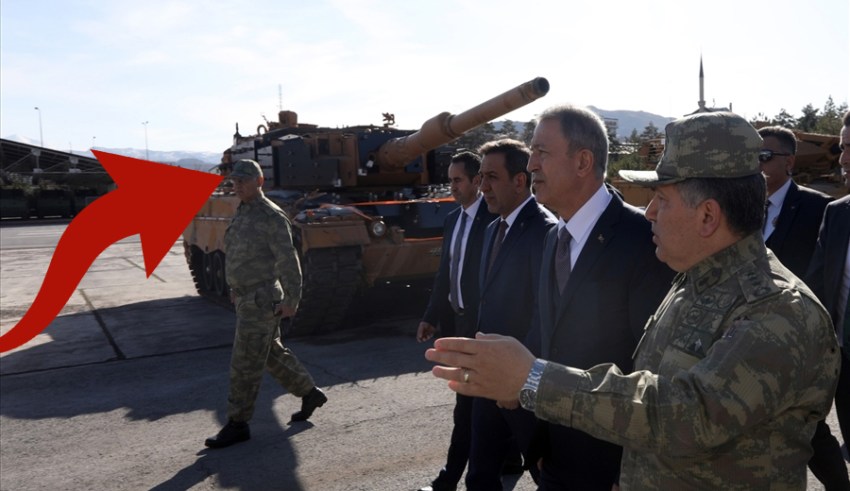 In January 2020, in a press conference on assessment for 2019 and objectives set for 2020 held at the Presidency for Defense Industries (SSB), Prof. Dr. Ismail Demir was asked about tank modernizations by a representative of Defence Turk and in turn, replied it with an undetailed answer that the projects were under way.

Finally, Roketsan’s 2020 brochure included images for the firm’s armour solutions, including an example of a suitable armour layout on the hull of Leopard 2 (a flat turret-designed version up to A4) tank. The image features armor plates and Explosive Reactive Armor (ERA).