KoçSavunma completed the delivery of the project, which includes the systems of 6 new Reis class submarines, by completing the production and factory acceptance tests.

KoçSavunma, which has developed innovative technologies that strengthen the country’s defence, has delivered the systems which have been developed for Turkey’s new generation submarines. Within the scope of the New Type Submarine Program carried out with the aim of constructing 6 Reis class submarines at Gölcük Shipyard Command, KoçSavunma delivered all the systems it developed with its own engineering and technology experience, by completing the production and factory acceptance tests.

KoçSavunma, which signed a contract with ThyssenKrupp Marine Systems (TKMS) in August 2011 for the Torpedo Countermeasure System (TCMS) of submarines, has an engineering signature on 6 different projects that enable the new type 6 submarines to be equipped with advanced technologies.

KoçSavunma Managing Director Hakan Öktem, who gave his opinion on the subject, said,

“As our 6 new submarines, which are candidates to be the stars of the Turkish Naval Forces in national and international waters, have gained world-class defence technologies, we, as KoçSavunma are proud of continuing to contribute to the country’s defence and the development of the domestic defence industry with our unrivalled engineering and innovative R&D solutions.  While successfully performing the user and maintenance training that we are responsible for within the scope of all these projects, we fulfilled all our obligations, including spare part deliveries, ahead of time, and completed all project processes with a locality rate of over 75%.” 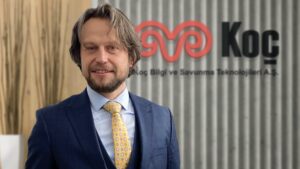 Stakeholder and added value richness that comes with domestic submarines

The New Type Submarine Program (YDTP) has also become the address of an important transformation in the defence industry with the aim of using the products of many domestic companies on a submarine platform for the first time. With this project, new field expertise and technological infrastructures that emerged thanks to the support of universities and talented subcontractors form the strong foundation of the Turkish defence industry.

With its success in developing the largest number of systems in Reis class submarines and its engineering know-how, KoçSavunma has made preparations for more important roles in the MİLDEN (National Submarine) project. In addition to its competencies, KoçSavunma is now waiting for the contract signing process with its offer for the modernization of the Sonar Fish system, which will be used in sea acceptance tests within the scope of YTDP. KoçSavunma’s competencies, which it has realized with its engineering and technology knowledge and strengthened with the YTDP (New Type Submarine Project), continue to lay important milestones in the Turkish defence industry today.

Turkish Armed Forces will not have combat missions in Afghanistan