by Seray Güldane
in Land Forces and Land Systems, News
0

Krauss Maffei Wegmann (KMW) and the Dutch Procurement Authority (DMO) signed a contract for the renewal of 322 Fennek reconnaissance-surveillance vehicles. The value of the contract received under the half-life modernization is over 300 million euros and the contract includes the modernization of old vehicles as well as the integration of new surveillance and reconnaissance systems (BAA II NDL) and the C4I command and control system.

The work under the contract will be carried out in cooperation with the Army’s Material Stock Logistics Command (MatLogCo), in Germany, as well as in Van Halteren Defense and Nedinsco, the joint companies of Krauss Maffei Wegmann (KMW) in the Netherlands. The delivery of the modernized Fennek systems is expected to begin in 2021 and completed in 2027.

FENNEK reconnaissance and surveillance vehicle
Fennek is a binational project between Germany and the Netherlands. In addition to Fennek reconnaissance and surveillance vehicles, there are other variants available, ranging from an engineering vehicle to an anti-tank version and even a highly mobile anti-aircraft defense. Fennek has four wheels with optional two- or four-wheel drive. It has a Deutz diesel engine that produces 179 kW and generates a top speed of 115 km / h. Tire pressure can be arranged by the driver from inside the vehicle to match the terrain conditions.

Primary mission equipment is a surveillance package mounted on an extensible mast. Sensors include a thermal imager, day camera and a laser rangefinder. Combined with the vehicle’s GPS and inertial navigation system, the operator can accurately mark targets or landmarks and transmit this data to the digital battlefield network. Like the control unit, the sensor head of the surveillance package can be removed from the vehicle in case the crew dismantles the entire system and mounted on a tripod for covert operation. Many Fennek vehicles of the German Army are equipped with Aladin mini UAVs. 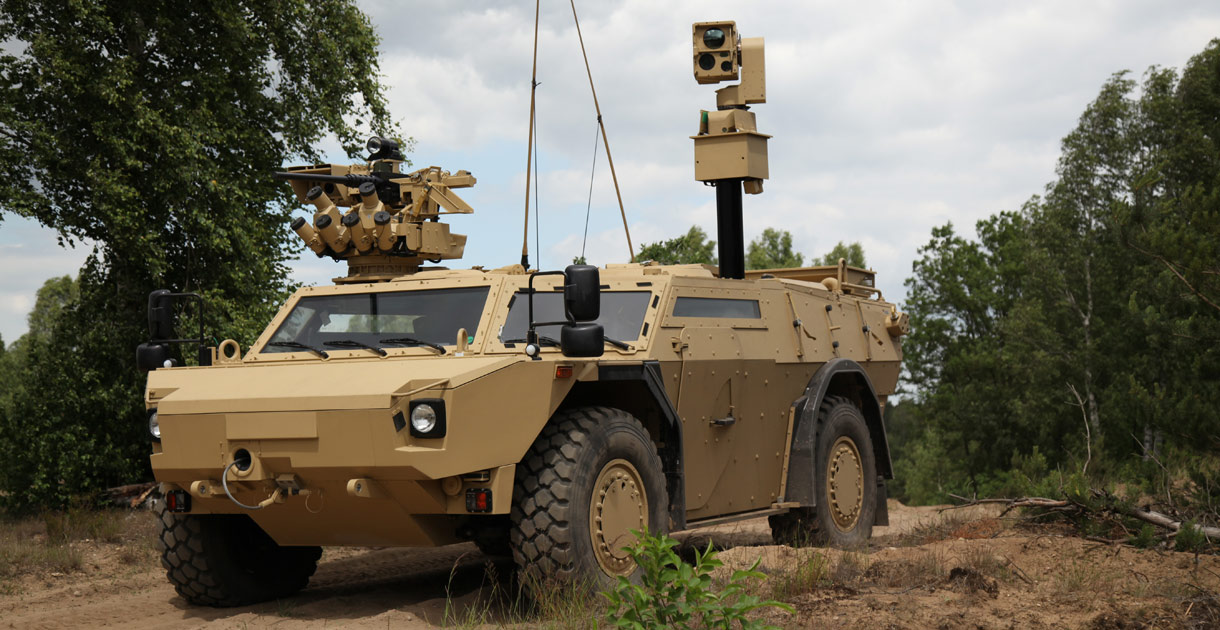 Various weapons can be installed, such as a 12.7mm machine gun for the reconnaissance version of the vehicle used within the Dutch Army, a Rafael Spike anti-tank missile in the MRAT version, or a 40mm automatic grenade launcher (HK GMG) or RHEINMETALL MG3 for German Army vehicles. The Royal Netherlands Army has placed an order for ASELSAN for 18 Raytheon Stinger air-to-air missile launchers to be installed on Fennek vehicles. The launcher can be controlled remotely from onboard or as part of a distributed air defense system.

Fennek is all-around protected against 7.62 mm bullets and additional armor can be added if required. The ventilation system provides protection against nuclear, biological and chemical attacks, and the crew compartment is protected against anti-personnel mines.