by Elifnur Başaran
in Articles, News
0 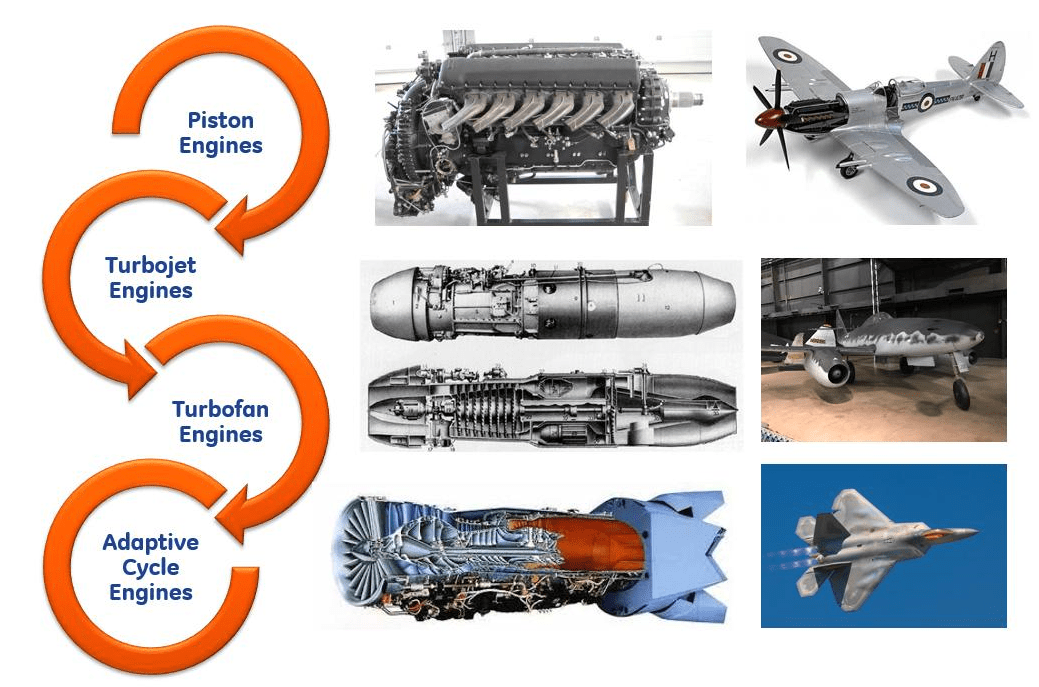 In 2007, The United States of America Air Forces chose the Pratt&Whitney companies with the consortium of GE Aviaton and Rolls Joyce but in 2011, after the congress decision of budgetary cut, it was concluded that the F136 engine (While the engine tests were ongoing) which was a co-design of GE Aviaton and Rolls Joyce could not be funded. In the following year, the most significant step in the development of the 6th generation engine was taken by the American Air Force in 2012 with the AETD program and financed both GE Aviation and Pratt & Whitney companies for engine development. There are even patents taken in 1978 for variable bypass ratio turbofan engines, which we can see as a concept for 6th generation engines. Although it has a 40-year history as a concept/idea, platform technology also had to be developed in order to start studies in this field. The 6th generation engines are pointed out in the statements made by the British giant Rolls-Royce within the scope of the TEMPEST program, which was recently led by the UK.

In this study, I aim to explain why this concept will be needed in the future, by mentioning the ongoing studies for 6th generation engines with AETD and ADVENT programs and the details of the targeted engine technology and the innovations it will bring compared to the 5th generation engines.

What if we could combine these two features in a single-engine and use them on military platforms? How can high performance and fuel efficiency be achieved in the same engine?

With the variable bypass rate aimed at 6th generation engines, it will be possible to switch to low fuel consumption (high bypass) mode when necessary and to high thrust (low bypass) mode when needed. As a result, it is aimed to provide ~ 25% less fuel consumption, ~ 30-35% increased range and more than 10% thrust increase compared to 5th generation engines. In order to do this, a third flow line is considered in the engine. In order to explain this issue better, it will make our job easier to look at the low bypass rate turbofan engines used today.

In variable bypass ratio motors, the fan outlet air is divided into three main currents, some of which pass through the core motor, and the other two currents pass through two completely static parts. So, when high thrust is required, the outermost bypass part is closed and the bypass rate of the engine is reduced and the engine produces the highest thrust at the moment of engagement, providing an advantage to the pilot, while in other cases it aims to increase the bypass rate and ensure a longer-range flight. 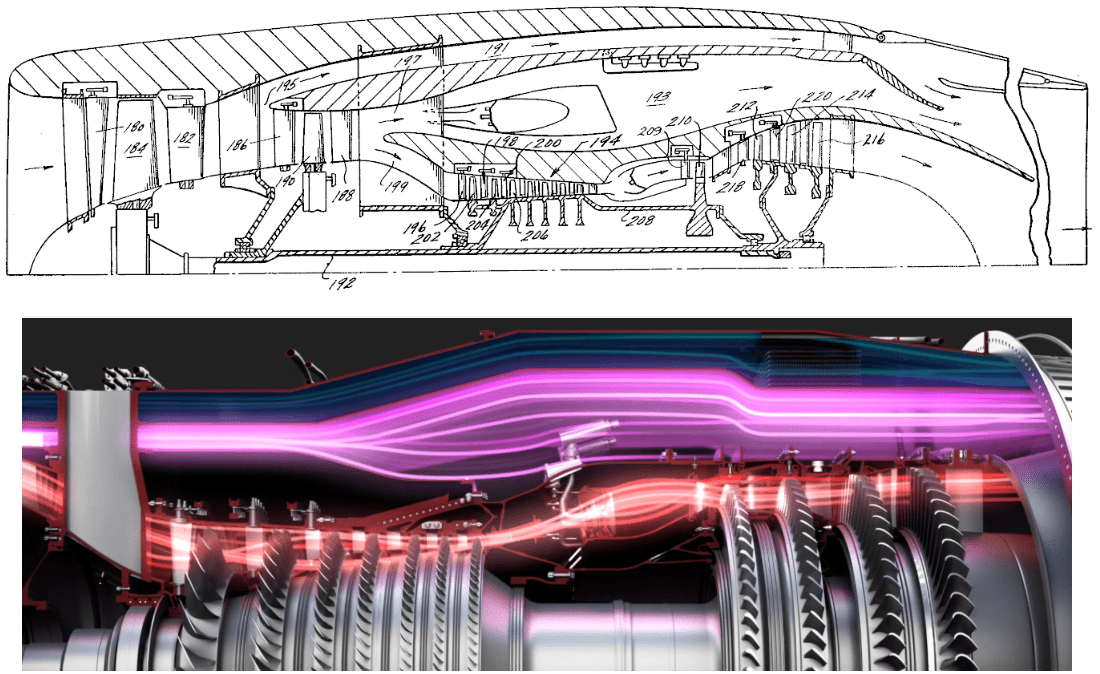 When we compare the motors that we can call the new generation or the 6th generation with the 5th generation motors, the most important differences will be the fan module that will allow three different flows and the rotating blades made of ceramic matrix composite (CMC) material. These differences will provide a more efficient engine, higher thrust, improved heat management, increased range, and increased inlet recovery while reducing drag.

In 2014, the first and only three-flow turbofan engine with variable bypass rate was tested, and subsequently, the preliminary design review was successfully completed in March 2015. In the first phase, the tests of the engine’s preliminary design, combustion chamber, high-pressure compressor and parts manufactured using CMC were completed. In the second phase, fan tests and core engine tests were completed. Here, the highest compressor and turbine temperatures in the history of jet engines were reached. In order to achieve this progress, the importance of layered manufacturing with parts made of ceramic matrix composite (CMC) material in the engine and used in the hot zone should not be ignored. 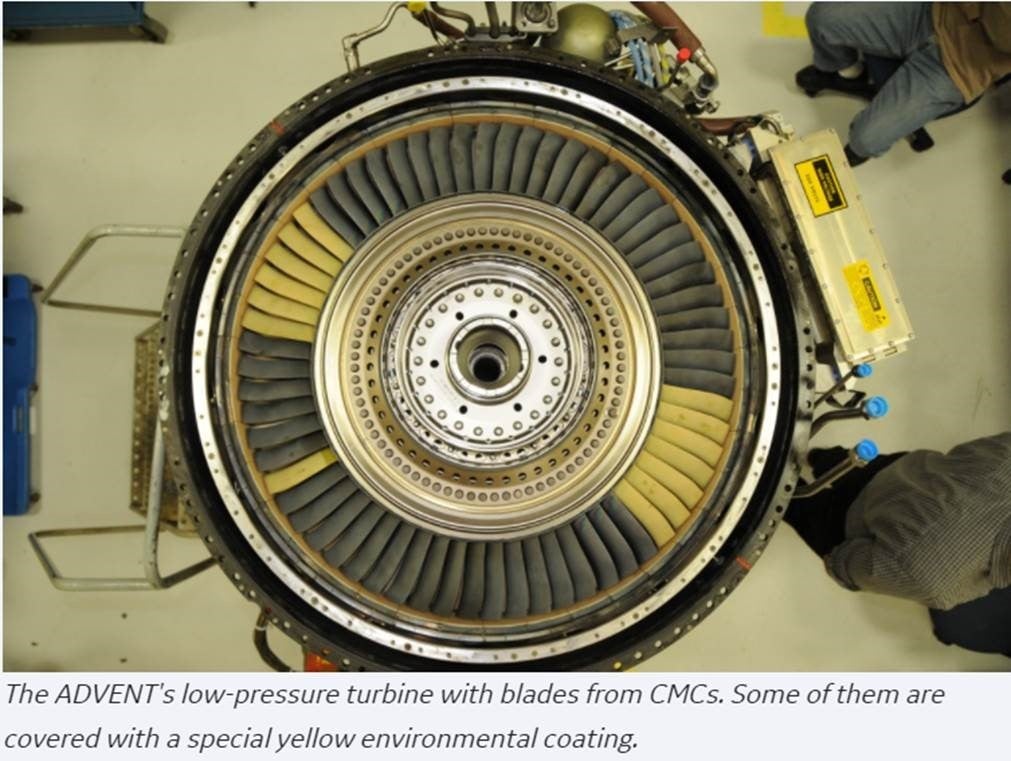 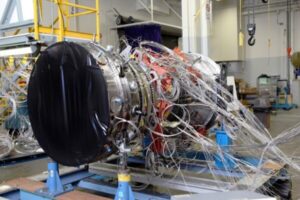 program is approximately $100 billion. The version to be selected from these engines,  developed by GE and Pratt & Whitney, is planned to be used within the scope of the engine upgrade program in order to provide less fuel consumption, increased range and higher thrust in the F-35s. It is seen in the lower right corner of the photo taken by the presentation of Lockheed Martin that new generation motors with variable bypass ratio can be used within the scope of F-35 system development in the future. 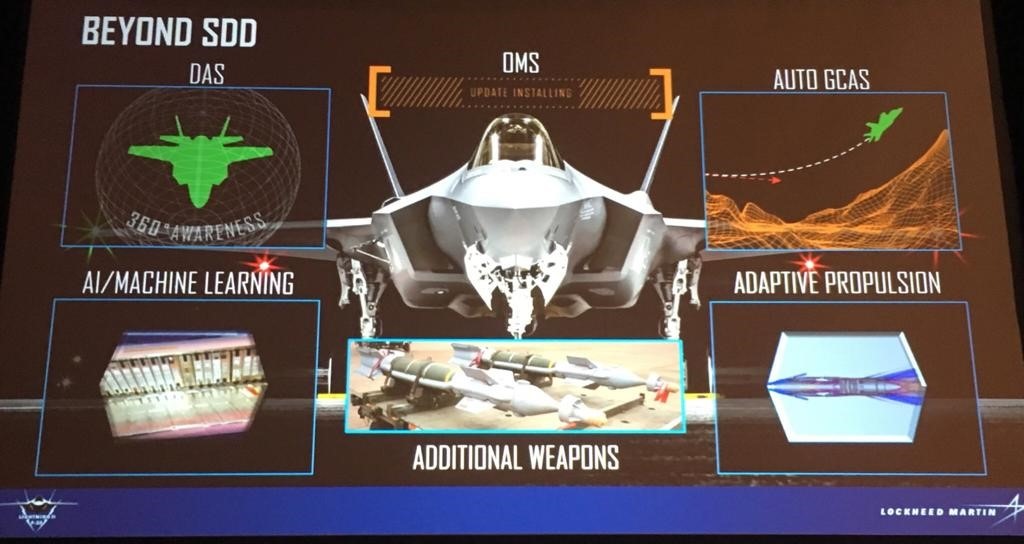 Turbofan engines with variable bypass ratio are aimed to be designed to be used in bomber and tactical aircraft as well as attack aircraft.

The TEMPEST project was announced by British Defence Minister Gavin Williamson at the famous Farnborough International Air Show, also known as the Farnborough Air Show which was held on 16 July 2018.

As the details about the engine which will be developed by the Rolls-Royce in the consortium were released in the press, it was understood that the studies were started to develop the turbofan engine with variable bypass ratio in Europe as well as America. The first clues were hidden in the comments by Conrad Banks, Chief Engineer for Rolls-Royce Defence Future Programmes. Banks mentioned a motor with variable bypass ratio that would run with an integrated generator. Considering that the 6th generation platforms would be “flying power plants” (especially considering the energy requirement of laser guns and advanced avionics; an analogy used for 6th generation platforms), it was understood that the electrical power needed by the platform would be provided by the engine. Details about the TEMPEST program and the engine which will be used started to become clear over time, which means that 1 MW electrical power is planned to be produced with the help of a generator that is planned to be integrated into the shaft of the engine.

Even though a 6th generation turbofan engine design which produces electrical energy for platform ad weapon systems at the same time with a variable bypass ratio in the TEMPEST program shows us that Europe may be a rival to the USA in this contest, we must remember that the USA is one step ahead as it comes to the engine test phase in this race.