It is stated that the Moroccan Armed Forces are planning to build a fleet from UAVs by purchasing 13 units of Bayraktar TB2 UCAVs.

According to Le Desk, it is reported that the Royal Moroccan Armed Forces want to purchase 13 units of Bayraktar TB2 UCAVs and ammunition produced by Baykar Defence. In the report, it is stated that the Moroccan army will establish a fleet from Bayraktar TB2 UCAVs (SİHA). The purchasing in question is thought to support the military position of the Royal Moroccan Armed Forces in the region. It is also stated that the A/UCAVs will create a power in Morocco’s favor in the political tension with Morocco’s neighboring country, Algeria. 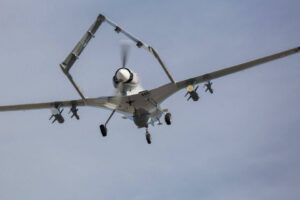 Bayraktar TB2 UCAVs system, which has fully autonomous taxi, take-off, normal cruise and landing capability with its triple redundant avionics systems and sensor fusion architecture, has been actively used since 2014 as the first national tactical unmanned aerial vehicle system included in the TAF inventory. Bayraktar TB2 UCAVs, which can carry 4 MAM-L and MAM-C missiles produced by Roketsan on its wings, has the capability of precise targeting with its built-in laser target marker. With these features, Turkey stands out as one of the six countries that produce their own UCAVs and ammunitions.

Bayraktar TB2 UCAVs draws attention as an all-in-one solution with fast view-and-see feature in order to prevent damage to areas close to the target. The system which is armed for the Turkish Armed Forces; provides reconnaissance, continuous aerial surveillance, target detection and destruction. 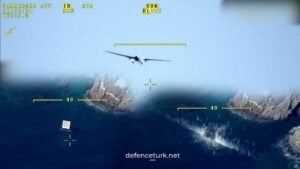 Bayraktar TB2 UCAV System, breaking grounds in Turkish aviation history, successfully completed 300 thousand flight hours. The unmanned aerial vehicle, which was armed in 2015, is being used operationally by the Turkish Armed Forces, Gendarmerie General Command, General Directorate of Security and National Security Organization. Bayraktar TB2 UCAV has been actively in use of the security forces in the fight against terrorism in domestic and abroad since 2014. Currently 160 units of Bayraktar Armed UAVs continue to serve in the inventory of Turkey, Ukraine, Azerbaijan and Qatar.

Bayraktar TB2s were exported to Ukraine, which has a long history of 100 years in aviation and produces the world’s largest aircraft, Antonov cargo planes, and then to Qatar and Azerbaijan.

Bayraktar TB2 UCAV has developed its own record by flying uninterrupted for 27 hours and 3 minutes in difficult geographical and climatic conditions such as high temperature and sandstorm during the demo flight it participated in Kuwait on July 16, 2019. National AUAVs continue to operate in all adverse weather conditions such as desert heat, freezing cold, snow and storm in Qatar, Syria, Ukraine and Karabakh.