The nuclear facility in the city of Dimona becomes operational again after a long time.

It is claimed that Israel built a large nuclear facility without notifying the world public opinion.

As reported by DefenseNews, Israel is building a secret nuclear facility in a structure in the size of a football field near the city of Dinoma. The project is claimed to be the largest nuclear facility construction in the last 10 years, according to satellite images taken by The Associated Press (AP). The structure in the area where the facility is located includes the underground laboratories which were used to be used by Israel to obtain plutonium for its nuclear bomb program. However, although the satellite images reveal a certain idea, it remains unclear what the structure was built for. There was no response to the questions posed by the AP to the Israeli government.

Israel does not respond to the nuclear facilities or the number of atomic bombs which the country has, based on its nuclear uncertainty policy. The Israeli government, which does not answer the questions, does not confirm the issue, nor does it oppose the allegations. Moreover, Israel is one of four countries not participating in the international non-proliferation treaty which aims stopping the proliferation of nuclear weapons. 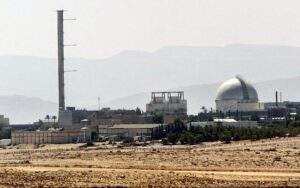 With the spread of the news, reactions from different actors to Israel did not delay. Both Daryl G. Kimball, executive director of the US Arms Control Association, and Iran, which is frequently on the world agenda with its nuclear facilities and faced with large embargoes, said that they are waiting for an explanation about this structure. Likewise, the UN demands an explanation from Israel on the issue. 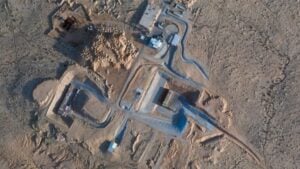 Immediately after its official establishment, Israel began secretly building nuclear facilities in the empty desert near Dimona, 90 km south of Jerusalem, in the late 1950s, with the help of France. Israel hid this secret nuclear facility for years even from the United States, which has the largest share in its existence for years and said that the structure in the region is not a nuclear facility but a textile factory for the allegations.

Israel, which owns a plutonium facility in the city of Dimona, is thought to be one of the nine countries in the World who has a nuclear facility. It remains unclear how many guns it has due to the privacy of the program. Analysts estimate that Israel has supplies for at least 80 bombs. These are thought to be nuclear weapons that could possibly be used by land-based ballistic missiles, warplanes, or submarines.

What do the experts say?

This nuclear structure in the city of Dimona has remained the same for years, until the latest developments occured. Analysts estimate that the facility, which was closed in danger of leakage in 2004, was restructured or completely removed from service. While there is a smaller chance of decommissioning, Avner Cohen, who works on disarmament issues, said: “I think the Israeli government will protect and maintain its current nuclear ambitions. But if the Dimona reactor is indeed decommissioned, Israel needs to be sure that some of its functions will be changed completely. ” Conrary to this, Kimball from the US Arms Control Association suggests that Israel may want to produce tritium, a relatively rapidly degrading radioactive byproduct which is used for increasing the explosive efficiency of some nuclear warheads. 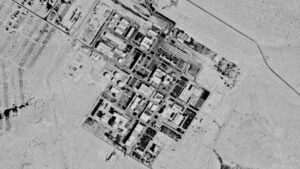 NATO: "Turkey assumes the defence of the EU's eastern flank"