by Elifnur Başaran
in General, Land Forces and Land Systems
0

A series of live firing tests of the BARAK ER Air Defence Missile System by Israel Aerospace Industries (IAI) have been successfully completed.

Within the scope of these tests, a number of scenarios were discussed, including the interception of a ballistic target by the BARAK ER (extended range) air defence system. BARAK ER air defence missiles successfully prevented the ballistic missile during the tests.

The BARAK ER missile, developed by the IAI, combines the ability to intercept air defence threats and ballistic targets at a long range of 150 kilometres, as part of the IAI’s BARAK interceptor family at various ranges. The extended range capability is made possible by partially adjusting the intercept and MMR radar capabilities to a range of 150 km. The vertically launched missile has a booster, a double impact rocket engine and an advanced seeker head. 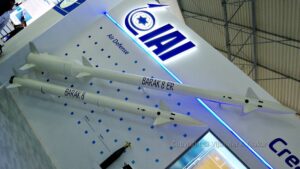 IAI president and CEO Boaz Levy made these statements regarding the tests:

“The evolution of airborne threats around the world, together with geopolitical changes, requires an advanced, agile and versatile air defence system. The BARAK system has been operationally proven against numerous threats, including today’s most challenging. The trial series we complete today enhances proven capabilities against a wider range of threats. The successful trial further demonstrates the robustness of the BARAK system, based on IAI’s innovation, technological capabilities and decades of experience in developing air defence systems. The combination of several interceptors in a combined launcher and the inherent modularity of the BARAK system offers forces unprecedented operational agility and flexibility, ensuring optimal response for the future battlefield.”

A senior official told Middle East Eye that Armenia launched at least one Russian-made short-range Iskander-M ballistic missile at Baku in November 2020 during the Nagorno-Karabakh war, but it was prevented by Azerbaijan. According to the senior official, Russia encouraged Armenia to use the Iskender-M missiles to force a ceasefire with Azerbaijan, which was quickly gaining territory, and provided logistical support for their launch. 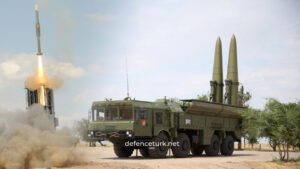 In his speech, the official stated that, days before the ceasefire, the Iskander-M ballistic missile was launched directly into the capital Baku by Yerevan and that this situation was alarming for the Azerbaijani authorities, adding that the Iskander-M ballistic missile was prevented by the missile defence system Barak-8 operated by the Azerbaijani army. 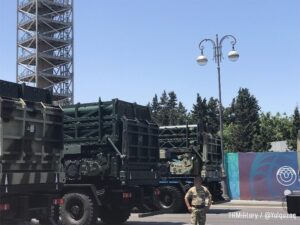