Israel Aerospace Industries (IAI) and the UK-based THALES have joined forces to offer SEA SERPENT as an anti-ship and surface missile solution to the Royal Navy’s Type 23 frigates that are effective at a rapidly increasing range and can overcome existing and emerging threats. It is stated that the IAI looks forward to partnering with THALES in its proven performance in providing complex sensor and weapon solutions for the UK Royal Navy and other navies.

SEA SERPENT is highly effective at ranges in excess of 200 km and has both anti-ship and ground attack capabilities. It uses innovative RF seeker head, sophisticated data analysis and weapon control system to provide precise target detection, identification, and classification. It is especially designed to excel in fields with many traps, distorted realities, and heavy electronic warfare. In fast-moving situations, SEA SERPENT incorporates mid-course updates from real-time ISTAR feeds and the ability to re-task in flight, especially in cooperative engagements and distributed sensor-and-shooter networks. 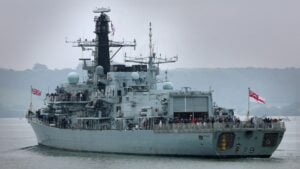 As the most advanced ship-launched anti-surface missile in the free world, SEA SERPENT also offers significant Military Off-the-Shelf Solution (MOTS) advantages in terms of cost, time-to-procurement, entry into operational service and risk reduction. Benchmarked against the need to defeat the most sophisticated platforms and technologies, SEA SERPENT has been developed in parallel with similar missile systems in service with the Israeli Navy and was selected to provide powerful strike capabilities for Finland’s SSM2020 programme. These systems are based on the heritage of the GABRIEL family of surface-to-surface missiles. 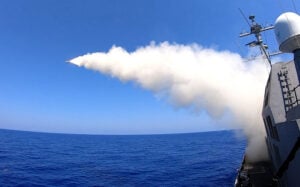