İsmail Demir: A country from Europe is interested in MILGEM corvettes

In an interview with journalist Hakan Çelik, Defence Industry President İsmail Demir said that a country from Europe is interested in MILGEM corvettes.

Pointing out the MILGEM ships, Defence Industry President İsmail Demir stated that the first four ships are currently in service, regarding the Hakan Çelik’s question of “Where are we in ship development works?”. Noting that the construction of the 5th ship is still continuing, Demir said that the number of countries that design and manufacture a ship in this class will not exceed 5 to 6 worldwide. Referring to the ship sale to Pakistan, İsmail Demir stated that a country from Europe is also interested in the ship in question. 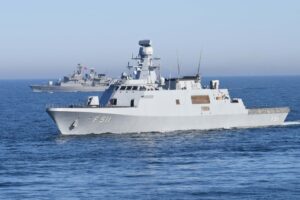 Ukraine will supply the Ada class corvettes from Turkey. According to the 2021 budget program of the Ministry of Defence of Ukraine, 137 million dollars were allocated for the first corvette to be received. According to the plans in the production of Ada class corvettes, the first corvette to be built was thought to be built completely in Turkey. But with the initiative of Ukraine, only the body part has been decided to be built in Turkey. The remaining parts will be completed in Ukraine. With the change, all other corvettes will be built at Ukrainian facilities and with more domestic components and units. Construction of the corvettes will take place at the Ocean factory in Nikolaev. 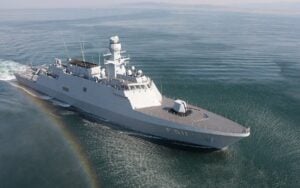 As it will be recalled, the first resource of the 3rd MILGEM Corvette of the Pakistan Navy was laid in the launching ceremony of the F 515 TCG ISTANBUL, which is the first ship in the Class I Frigate Project, in January 2021. Pakistan Ambassador Muhammad Syrus Sajjad Qazi attended the ceremony with President Recep Tayyip Erdoğan. While addressing the guests at the ceremony, President Erdogan said that Pakistan is our brotherly country and that he is enjoying the excellent relations with Turkey. He also stated that defence cooperation in the construction of MILGEM project warships is a milestone for the defence ties between Turkey and Pakistan. 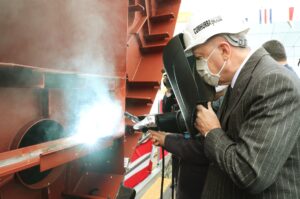