Reports claim that missiles were fired on Israel’s southern border and Iron Dome systems retaliated accordingly. Several blasts were reported in Sderot region south of Israel. In an announcement made by the Israeli Defense Forces stated that one missile was fired from the Gaza region. Local claims point out at least two missiles were fired and Iron Dome systems interrupted them.

Clear video of the interception over Sderot

Whereas it’s an indigenous project, it was finalized by US-backed funding. On paper, systems are written as Israel manufacturing but US funding was crucial in its development. 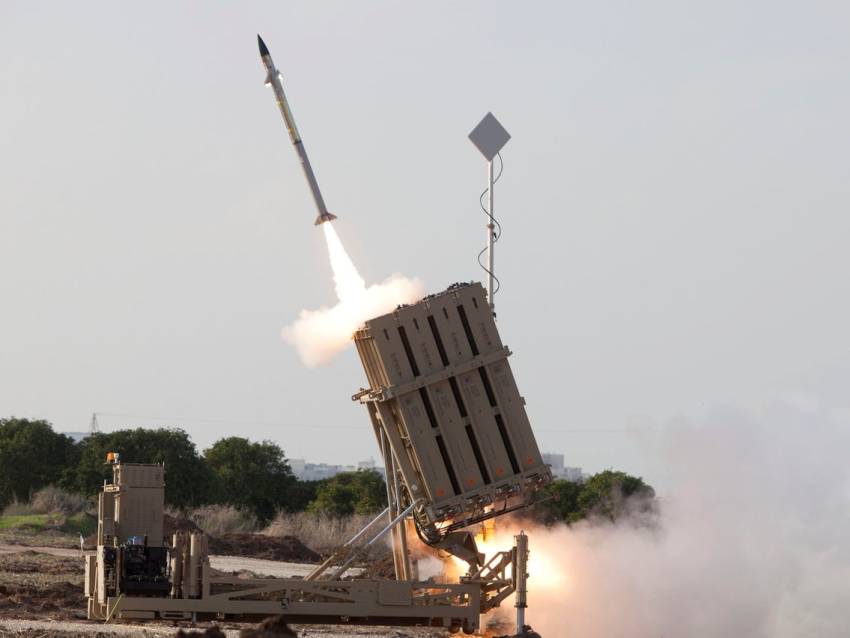 Israeli Iron Dome has a minimum range of 4 km and an average defense range of 70 km. Iron Dome, with its radars detecting the trajectory and velocity of the projectiles, estimates where they’ll land and intercepts them during flight. Armed with 90 kg ‘Tamir’ missiles, 20 in each of the 3 launchers, Iron Dome consists of artillery systems controlled by a command center and aided with multi-mode scanner radars.

The system is able to operate under all weather conditions and day and night time. According to the experts, Iron Dome has a high rate of success in interception through its multi-functional launcher pads.